I am pretty disgusted with the state of affairs that unfolds itself before my eyes on a routine basis.  An example of this could be as simple as when someone says to me “you know they say …” or, as complicated as trying to figure out just why the woman at Vons last week started banging on my trunk and screaming at me for absolutely no reason at all.

So I am a little misanthropic at times.  (I’m sure if I were to gauge just how much “at times” amounts to I would find that “at times” really means “at all times” … for now we will ignore that possibility).  But I’m fairly certain that it is with good reason.  I feel like I opened my eyes one day and the world had gone completely bonkers.  Education has been completely devalued, money has become the foundation of everything, and people just don’t seem to care about anything important.  And to make matters worse, no one seems to be able to take a joke anymore.  Where did humanity’s sense of humor disappear to?

I decided to start a blog because I thought it would be interesting to post things useful on the Internet, that people might learn or gain happiness from.  I find it disturbing that in this day and age, with the advances in technology, the sciences and education we have had, the majority of blogs in the world are for the purposes of telling old wive’s tales, posting endless photographs of young children (that pedophiles will immediately seek out), and spreading viral stories of no meaning and no consequence, all beginning with statements like “… you know they say…” (as if ‘they’ could even be defined, and ‘they’ had some miraculous position of authority and knowledge).  Even blogs for pure entertainment are more enlightening than the endless drivle that seems to plague the World Wide Web, more now since access to the Internet became a given and technology thus changed who we are as a people. 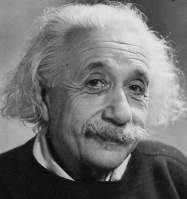 I also wanted to see how long it would take me to make enemies with people who grow offended out of how truthful I can be.  Einstein said that “whoever is careless with the truth in small matters cannot be trusted with important matters.”  How few are left who can thus be trusted in anything.