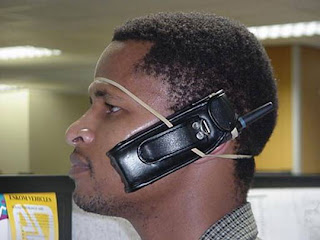 So you think you’re SMART, eh?  Well … if this guy isn’t using a Smartphone by now, I just don’t know who is.
In the last few months, asymco and other marketing data collection agencies have reported some pretty striking numbers relative to our technology.  Reportedly, towards the end of 2010, 60.7 million people in the United States had cellular devices that ran on fully functional/multi-use operating systems.  In other words:  smartphones.  And we can thank Apple for that drastic increase from the 40-and-change million that were reported just one year prior – for the majority of smartphone owners are operating either iPhone, Android, or Blackberry technologies.  Asymco concludes their most recent report with a prediction that at least half of the United States’ population will be using smartphones by the end of 2011.
So you think you’re SMART, eh?
I have mentioned before that smartphones are just more proof that intellectualism is dead; but it goes beyond just the basic fact that naming a phone “smart” for its multifunctional use does not actually make the user – in fact – intelligent.  After reading these striking statistics, I decided to delve a little deeper, for what truly determines how smart these smartphones really are, it seems logical to gauge what they’re being used for.  Network World reveals iPhone’s All Time Top Paid Apps as Doodle Jump, Tap Tap Revenge 3, Pocket God, Angry Birds, and Tap Tap Revenge 2.6 (all games); with All Time Top Free Apps as Facebook, Pandora, Google Mobile, Shazam, and Movies by Flixter.  Coming in on the Top Ten, we also have iFart and Fat Booth.  I don’t know about you, but applying 300 pounds to a person’s picture and having the ability to spread the sounds of flatulence at the tap of your touchscreen screams genius to me.  For Android operating systems – the major contender to the iPhone – a much better picture is painted by Handango, as well as Digital Trends.  Upon further inspection, though, I noticed that these are not actually the most downloaded apps as they are the ones rated most useful.  In other words, the probability of Doodle Jump and Angry Birds being in the top is just as high – if Android users are of the same intellectual kind as iPhone users.
So what does this all mean?  We can still think we’re SMART, right?
Wrong.
Smartphones are just an easier way for us to access the things we normally do.  They are the one-stop shop for everything we used to have to go to three or four (and even more places) for.  We can read the news, check the weather, send an email, place a phone call, all while playing video games and activating crack-the-whip sound effects at our employees.  Sure, the smartphone is smart in the sense that it took some actual geniuses to develop this technology (granted, technology that still has many glitches in it).  But does the smartphone make us SMART?  Not by a long shot.  In fact, there is a growing debate on whether people (especially parents) are ensuring common sense use, along with safe, healthy, and literate practices.  That would include the elimination of text lingo and improper grammar and punctuation – something the increase of acronyms like wtf n lol and punctuation problems like omg !! !! !! lends to some growing concern.  The way to be SMART by using your smartphone is to (first) not let it overtake your life; and (more importantly) not allow it to replace your every day, intellectual activities.  Cut the video games off at a certain time limit; make sure your text messages are literate and only when you cannot make an actual phone call.  And for God’s sake, read a book once in a while; one that is made of paper, not a touchscreen.