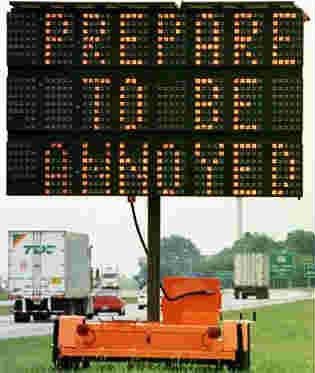 Just this week, I have had the great fortune of adding another pet peeve to my master list of peeves, a list that seems to be ever-growing by the day.  The top peeves, of course, are matters of grammar.  You all, faithful blog followers, know that I cannot stand text lingo (wat up wit u lol); just as you know I have come close to completely melting down over the use of fake words like ‘good’er’ and ‘funner.’  And we all remember that post long ago and far away on Art is of Words when I had the equivalent of a digital aneurysm over the new trend in putting spaces between an exclamatory sentence and its exclamation point(s) (OMG I am sooooo excited !!!).

But I have other pet peeves besides grammar and punctuation.  The grocery store lady is one of them; another, still, is when people take too long to return a text message, or worse – ignore it.  But some of these are lower on the list, because yes, lovely readers, I do prioritize my list by just how annoying the particular peeve in question is.  Well, I have added a new one and it’s a doozy, so it’ll be ranking pretty high up there with the exclamations and the OMGs.

At dinner a few nights ago, I was confronted with a situation that I realized I have been confronted with quite a few times in the past, without realizing it of course.  We were at dinner with a group of my husband’s family and friends, and every time I said something, one person in particular felt that it was necessary to verify what I said with either my husband or someone else in their “circle.”  I said something about the Internet, and this person said to my husband “is that true?”  I said something about a mutual friend we all had, and this person said to one of the other friends “is that true?”  I think it happened three times during the course of the evening that night, and upon thinking about it more realized that I am second-guessed to death every single time we are around this person in particular.

This made me think for a while – am I seen as a liar?  Do people see me as not a trustworthy source of information, even over mundane things?  Were other people being second-guessed as well?  I felt so second-guessed after this particular dinner that I began to second-guess myself, so asked around.  To my surprise (and relief), I found that a lot of my friends encounter people like this – people that have to verify everything that you say in front of you with someone they trust more, even on the most minor of issues.  An old high school friend of mine told me she has a co-worker that is constantly second-guessing everyone in the office; one of my friends even said that he broke up with a girlfriend of eight months because the girl’s dad did it so often.  So what’s the deal?

After even further second-guessing, I realized that I could not – for the life of me – figure out why people do this.  Why they have to “is that true?” someone they may have known for years, decades even, is completely unreasonable to me.  Not only does it just not make sense, because generally you associate with people you believe and trust, but it is just so rude.  Second-guessing someone you consider more than just an acquaintance – be it a co-worker, friend, or relative – is like turning to a nurse and asking if the doctor is right in saying you have bronchitis.  It’s illogical, rude, inconsiderate, and really says more than it is probably even intended to.  But then, I can’t figure it out.  Is it that these people have trust issues?  Or is it more deeply rooted, sort of like a subconscious need to establish just whose side you are on, even for information?

As with most questions I ask myself, I still have no answer for this one.  Perhaps that is why it ranks so high up on my master list of pet peeves:  the very fact that it happens is bad enough, but not knowing why is enough to make that funky blue vein pop out of my forehead.  To that person that always, inevitably, does this – the person at my family and friend dinner, the person at my friend’s office, my friend’s ex-girlfriend’s dad, and all you other second-guessers out there – we have all updated our lists accordingly.  And let me tell you, once you’ve reached the status of an entry on the pet peeve list, you hear about it.