People I Would Have an Affair With

It’s possible, faithful blog followers, that I might delete this post shortly after putting it out there – the idea of it winding up as evidence in divorce court ala Kim Kardashian-style marital values is frightening.  That said, I would never be in a position to even consider or think about or weigh the possibility of having an affair with any of these people, nor would it even be an option, so really we can all chalk this up to crazy old Heather just being silly …

A couple weeks ago I blogged about people I have had a secret crush on for years.  Included on that list was Conan O’Brien and the young priests on EWTN (I know, I know – I’m going to hell).  I also mentioned in my post about Tom Skilling that I am insanely in love with Wolf Blitzer.  I have no idea what it is, but I get hot flashes when he comes on the TV.  I’m getting them right now, actually.  Anyway, today I was at a book fair participating on a panel about how authors can promote their books and shortly after the talk, I meandered into the book expo that was going on next to the area where all the panel discussions were being held.  To my surprise, a lot of the books were these women’s lib-type, self-helpish books about acknowledging your inner self, your truest desires, and overcoming social boundaries (like marriage).

So I thought it would be fun to take it even one step further with my crushes and my obsessive desire for Wolf Blitzer’s aging body and express my truest desires by making a list of People I Would Have an Affair With, with reasoning why.  I think the ‘why’ is important because you will note my reasoning is much different than just my weird crushes (which one blogger noted seems consistent with a beard fetish).  Social boundaries be damned, I’m sharing my list:

People I Would Have an Affair With 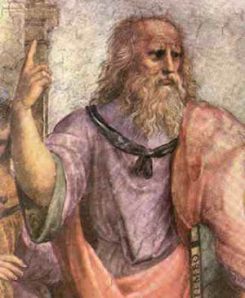 This includes, but is not limited to:  David Hume, Jean-Paul Sartre, Bertrand Russell (I have a hard on for him right now), and Richard Rorty.  This has absolutely nothing to do with anything other than my extreme mental and intellectual needs, which I am positive an affair with any or all dead philosophers would satiate.  That said, look at that intelligent, bald head on Plato … how can anyone be expected to control themselves around that?

#2 Any dead writer from the Lost Generation 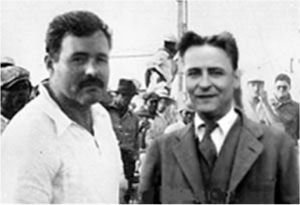 Yes, I’m talking about Fitz, Hem, and that crazy Ezra Pound.  Any of those guys that ran in the circle of artists in Paris just after the war get me so hot and bothered I have to take a cold shower.  Right now I’m reading “Flappers and Philosophers” by F. Scott Fitzgerald; the pages of description literally make me drool.  Again, though, you will note that this is a mental-sexual attraction I have, which is completely irrespective of logic, time, or physical appearance.

#3 King Arthur as played by Sean Connery in First Knight 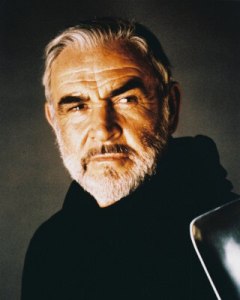 See previous blogs, particularly My Crush on Conan O’Brien, and Others, Why I Hate Tom Skilling, and Magic 100, or Things I Want to Do Before I Turn 30.

#5 Anyone high up in the Russian government 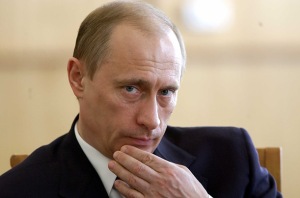 For some reason, whenever I see Vladimir Putin I get excited.  Something about that stolid, austere demeanor makes me go wild.  I’m also a fan of accents, almost as much as I am a fan of beards. 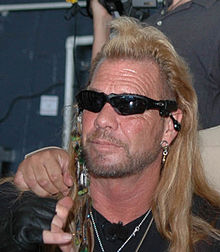 I think that danger and the quality of being a badass is exciting to me.  Dog the Bounty Hunter is a complete hillbilly, and yet something about him fascinates me.

#7 Almost anyone in the NBA, with the exception of Kobe Bryant

This is self-explanatory as to why.  Not self-explanatory, though, is my hatred of Kobe Bryant.  Not only do I hate Kobe because he is an illiterate rapist who cheats on his wife and cannot form a complete sentence without sounding like a fifth grader, but he’s a homophobe and egotistical.  But everyone else in the NBA, well come on – who wouldn’t have an affair with a pro-basketball player? 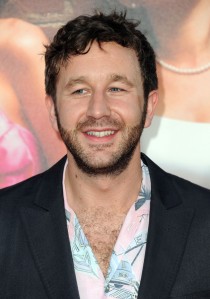 Here is a real celebrity that is not only in one, particular position; nor that represents a group of people rather than just himself, who also happens to be objectively attractive and within a reasonable age range.  I love Chris O’Dowd – no idea why, except that whole accent thing really drives me nuts.  The other day I watched Bridesmaids and while I was relatively disappointed with the film, itself (so NOT the female version of The Hangover), on the whole his continued presence in the movie saved it for me.  Chris O’Dowd is to me what Mel Gibson is to our moms and Carry Grant was to our grandmas.

If you know anything about me, you know that I cannot stand Lars Von Trier movies.  He’s a complete misogynist, demeaning to women in every way possible, and somewhat talentless in his direction.  That said, he is weird.  Weird, weird, weird, faithful blog followers.  Something about that makes me wonder…

Is Ross Perot even still alive?  I can’t even attempt to explain this one.  A free B(itch)Log t-shirt to anyone that can…

Okay, so maybe most of the people listed here are dead or of intrigue to me for reasons no one will ever understand; or maybe inside I’m really a skank.  In any event, there’s my list and I’m sticking to it – Kardashian-style divorce filings or not.

11 Replies to “People I Would Have an Affair With”