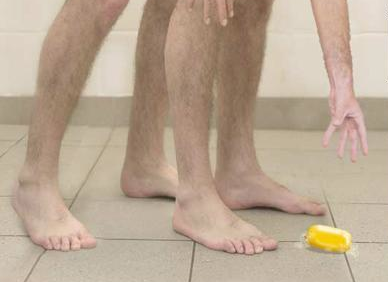 There is nothing in this world that I dislike more than feeling morally obligated to participate in a protest. They are usually just so time consuming and messy; and it typically just makes me more jaded about the world in general as a result of the number of people that are there yet unaware of why. I will never forget the time my boss sent me to a protest of some health care thing when I worked for the AFL-CIO, only to feel like complete shit about my own life afterwards because I was fighting for health insurance for a group of workers when I, myself, was not being given health insurance by my employer that sent me there in the first place. Protests can be effective, but they can also be very ineffective, and in many ways.

But this SOPA/PIPA deal is a whole other ball game.

You all know how I feel about the film industry. If you don’t, you can get an idea by reading the Open Letter to the Film Industry I wrote a while back when I was pissed off about how many hours my husband was working for not one red penny of extra pay. In a nut shell, the film industry ranks up there pretty high alongside protests with things in this world that I really dislike. Not only do I feel that it is in some ways responsible for the end of my career in academia (for there are few philosophers in Hollywood, and yet Hollywood is where the husband must stay); but so much about it just reeks of greed, insensitivity, and a way of thinking that is inconsistent with the moral right. The film industry days of Cary Grant and Gloria Swanson have been gone for a long time; replaced by an industry that identifies everything by the almighty dollar. SOPA and it’s lame ass cousin, PIPA, are just more of that.

Now I’m not going to sit here and give you all a Congressional rundown of what SOPA and PIPA are because you should know that. If you don’t, read the news or hit up Wikipedia; of course this will also require that you get your head out of the ground for a few minutes, which I’m not sure a lot of people are all-too-willing to do. So I won’t go much beyond saying that they are bills working their way through Congress that are intended to strengthen the film (and, in some senses, music) industry against online piracy. (And if you still can’t find the information, just read the Wikipedia on it; although at midnight EST, Wiki will be protesting as well by enforcing an entire-site outage for 24 hours.)

I will, however, explain quite clearly what is wrong with SOPA.

SOPA/PIPA is an utter violation of our First Amendment right to freedom of speech.

It is a slippery slope when you start writing bills that give people the opportunity to whistle blow or claim false copyright/piracy infringement on intellectual property, which SOPA and PIPA both do. Perhaps the most frightening aspects of the bill are in the consequences: that search engines like Google could be forced to stop indexing articles written by a so-called offender; that Internet Service Providers be required to block access to any site participating in or related to the supposed violation.

While I am all for an end to piracy, censorship and directly stripping the rights guaranteed as a part of being a “free” individual is not the way to do it.

Yesterday, Wikipedia announced that it will be participating in an international protest of SOPA by “going dark;” today, Google followed up by committing to an inclusion of the protest on the homepage of Google products. At the latest check about one hour ago, over 7,000 additional websites have committed to go down, displaying nothing more than a message of protest when visitors visit the page from 12:00 am – 11:59 pm on January 18th. Hundreds of bloggers are jumping on the bandwagon as well – as writing, journalism, and blogging are among the most vulnerable groups that will be adversely affected by the proposed bills.

So it looks like SOPA has officially dropped the soap, for I fully expect that the outrage these bills have inspired will kill them quicker than the innocence of a new guy in the prison ward. As annoying as it may be to have so many websites we use on a daily basis down, and as stupid as it is that we have to launch an international protest over something that should be common sense – protest really seems to be the only morally right option.

There are better ways to protect the film and music industry without destroying the free speech of all.

To be honest, after being married to someone who works in the film industry, I am in no way surprised that it has made it this far. The film industry is run by primarily greedy, selfish people – people that care only about the bottom line dollar amount that makes its way into their pockets. They will screw anyone and everyone to get ahead, and the worst part is that the people that work within the film industry don’t even recognize this. The bias most people within the industry carry blinds them to a myriad of injustices that they unintentionally contribute to – from bad labor practices to unfair wages to these issues of censorship. But that doesn’t make it any less sickening to see the special interests of a handful threatening the rights and freedoms of everyone.

So, faithful blog followers, I’m sad to say that the B(itch)Log will be taken down for the 24 hour protest, and many of my blogging counterparts plan to do the same. I apologize for the inconvenience, although I’m fairly certain the only ones who will be truly inconvenienced are all these weirdos looking for photos of a Korean hooker. I hope the rest of you do the same as I am – call your local representative, take down your site, refuse to be censored. It is so much more difficult to get your freedom of speech back once it has been taken away. I hate protests. But I hate the silencing of my voice even more.