My husband always tells me that I look at the negative side of things. My response is typically “well, what positives can YOU find?!” – but then I invariably go back into the deep caverns of my self-conscious brain and wonder if that’s really true. Am I really a terribly negative person? Or am I what I think I am – painstakingly realistic? Honest? Blunt?

I don’t want any of you to answer any of those questions. What I do want you to answer, though, is whether or not you find anything positive in my day with the local-yocals.

It started with another phone call to the photographer that took our family photos almost a month ago. She was not too terribly impressive: late for everything with a lame excuse, no assistant, and despite the fact that we talked about taking “photojournalism”-style photographs, all we got were crappy portraits. Despite that, though, I decided to buy some prints of the few shots we liked – just so that we could have a couple and move on with a new photographer in a few months. I turned over my check for $305.66 and she promised they would be in no later than two weeks.

This morning – almost four weeks later – I had still not heard from her. After two weeks I started calling, to receive no response. I emailed and that was ignored as well. Today I decided enough is enough and so I called the local branch of the Better Business Bureau, who stated the following: “You should file a complaint with us and a small claims court action as well. I can legally tell you right now as well that the particular business you just mentioned is currently undergoing other legal action.”

So in other words, we are not the first ones to be scammed. Support local photographers my ass – from now on I’m either going to JCPenny or doing it myself (oddly enough, last year I did our family photos myself and they looked a thousand times better than the proofs this clod showed me).

As we went along on our day, little Pookie had to have sealants put on her permanent molars. I knew she would be finicky about it, mainly because she is always finicky about those types of things. We went; she took a stuffed bear; she was a little traumatized but not too bad.

Until we got home and one of the goddamned sealants fell out.

Rather, it started to chip off. I thought to myself for $63 a piece, you’d think the goddamned things would at least last until tomorrow. Apparently my suspicions were correct about this dentist: that they are slightly incompetent and most of what they care about is the bottom line dollar amount you are paying. What did they say when I called? “Oh, we’ll just fix it at her next visit.” So if it could have waited until the next visit, then what the fuck was the rush to get her in now?

I will never forget our first visit there: they wouldn’t allow me to go in the room with Pookie because they wanted to “get her used to it” and they added on over $400 worth of dental stuff in my absence. When I asked if I could pay the majority and then pay the remainder in a second payment within the month (just a little underprepared for such an hefty bill), they said “that isn’t an option.” So I told them the next time that I needed them to let me know exactly what they were doing, and told them “no” to an extra set of x-rays that seemed superfluous. While I was waiting for the dentist in her office a little later to give me the update, I overheard the hygienist I said “no” to saying to another hygienist “if people aren’t going to take care of their children and get them everything they need, they shouldn’t be having children.”

What’s that you say, ma’am? 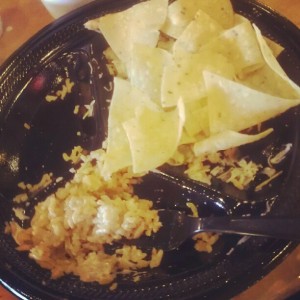 So as our day proceeded and I became more and more jaded, I got hungry so decided to say “screw it all” and have Taco Tuesday for lunch instead of dinner. This of course meant dinner was going to become an issue, but at that point I didn’t give two shits about any of it.

We went to my favorite taco place and I ordered the #2: two potato tacos with a side of rice and chips with salsa. As I finished off my tacos and started to work on my rice, a man walked over to near our table to fill his drink. As he neared us, though, he turned to our table, leaned over my plate, and sneezed directly into my remaining food.

I have never ever seen anything like that happen before in my life.

We sat there, completely horrified for a moment; and then I gathered our stuff and we left. On our way out, I noticed a woman leaning over her little bastard kid, who was hanging on one of the banisters that keeps the line in order. She said to the little, hanging shit as we walked by: “now you should stop doing that, because if you fall you might get hurt and that would make me sad because you wouldn’t feel good; and that would make them sad because they’d have to pay us a lot of money.”

Are you fucking kidding me? It was then that I realized this place is full of nothing but local-yocals.

The Light at the End of Today’s Tunnel 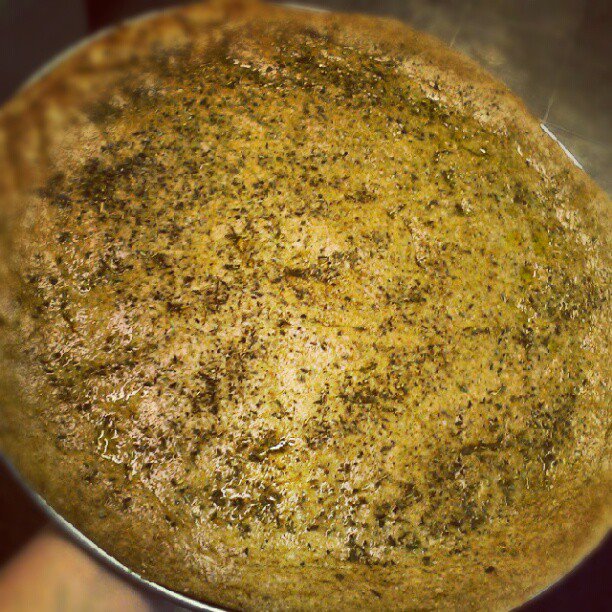 At the end of this terrible terrible tunnel, there is a light. While practicing tennis this afternoon, one of my friends texted me and asked if I wanted to dinner tonight with them. Since my husband is going to be pretty late, I jumped at the opportunity to end this horrible day with good food and friends. And, of course, wine.

See? I can find the positive in things…

It’s time to pretend like the local-yocals don’t exist and bury myself in my Chicagoan-made thin crust pizza (entirely from scratch, I will add); the delicious appetizers that will be arriving any minute; a good salad; and, of course, some wine.

Am I just a Negative Nelly, faithful blog followers? Or was my day with the local-yocals just a tad bit stupid?

17 Replies to “My Day With the Local-Yocals”