I am not even sure what “alternative parenting” means, to be quite honest. I Googled it and Attachment Parenting came up – not the concept I am talking about right now by any stretch of the imagination. No, faithful blog followers, when I say I had a weekend of “alternative parenting” I mean that I basically didn’t parent at all. I just decided to not give a shit. About anything.

We all need a break from the daily SAHM grind. Mothers that work are so admirable to me mostly because they let some of the small stuff go in the interest of keeping their sanity. I could never do that. By contrast, I feel that since my life is defined by this motherhood wrap, I need to be on it all the time. I was heading for burn out, though – something I always seem to be heading for – so this weekend I decided to kick back and watch the state of nature take over.

Here were the results: 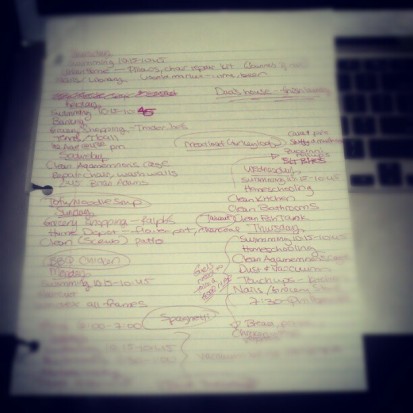 I’m not sure if I have mentioned this before, but I am an obsessive list maker. I will make these enormous lists full of daunting tasks, and you think that I won’t be able to get them done because there are just so many things on there; but because I made my list I get them all done anyway.

Towards the end of last week, I realized I had a lot of things to do over the weekend and this coming week, so I decided to make a list so that I would easily stay on track. Each day had its tasks that needed to get done to lead to the next day, and so on and so forth.

Since I decided to not really give a shit, though, my list received absolutely no check marks of completion for the weekend. And I don’t fucking care.

Around 11 o’clock Saturday morning, I decided to make cans of pickles and fruit

It was a completely off-the-wall and out-of-nowhere decision, but around 11 o’clock in the morning on Saturday, I decided to make cans of pickles and fruit. This is something I’ve been wanting to do for a while (which is odd because I hate cooking); and yet, I had never really gotten around to it because I’m always too busy wiping people’s asses and cleaning up toast crumbs off the kitchen counter.

Because I decided not to parent or really give a shit this weekend, though, it instantly became a “me” weekend and so canning rose to the top of my priorities. As an added bonus, when my Trailer Trash Mom called and I accidentally answered the phone before seeing the caller id, I was able to rub it in her face that I have again achieved something of motherhood that she never was capable of doing.

The apartment became what appears to have been a war zone 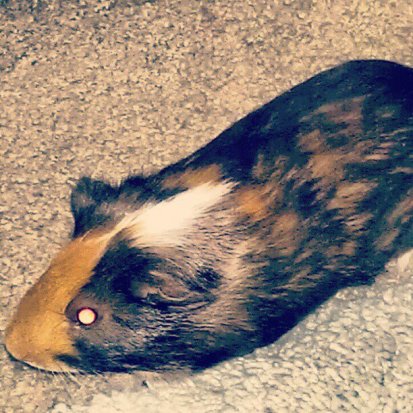 I must spend an inordinate amount of time cleaning up after people without even realizing it, in addition to what I am aware of doing that is. As I sit here, looking around the apartment, I see what appears to have been a war zone.

There are crumbs all over the coffee table. There is hay from Agamemnon (my guinea pig) all over the living room floor. There is strawberry jam on the wall in the kitchen and some sort of unidentified substance on the refrigerator handle. Our kitchen table – usually a pristine image of style and grace – has glitter in the grooves, empty grocery bags all over the top of it, and miscellaneous shit (mail, keys, pens) sitting around it. The bathroom appears to have suffered an explosion of towels, for there are seven bath towels just strewn about in there. There are hair barrettes fucking everywhere.

What’s worse is the condition of the people. My husband still has toothpaste around his mouth from brushing his teeth this morning. He has little clippings from his beard on his shirt too. Pookies took a bath this morning and yet there is dirt on just about every inch of skin. It would appear my “a fruit or vegetable before every snack”-rule was only minimally adhered to as well, because the only fruit eaten was watermelon, and half of it is sitting on the kitchen counter, waiting to be disposed of.

And again, I don’t really care.

You may be asking yourself at this point: just what do I care about if I am coming off this weekend of alternative (a.k.a. not) parenting? Am I worried about catching up on my list, getting things back under control, and cleaning up this gargantuan mess?

I care about the fact that I canned dill pickles, spicy garlic pickles, strawberries, apricots, and yellow cherries. I care about the fact that when I went to Sephora today I got a 500 point perk as well as a 100 point perk. I care about the hilarious scene in the Target between a husband and wife in matching Raiders jerseys – the defining moment of which included the woman screaming the words “if I see you check out that bitch over in the Starbucks again I will whoop yo’ ass and cut that bitches weave!!” I’m excited that our neighbors upstairs moved out (they are so damn loud); and moreover that I suggested they send home the friend helping them move with the hairy back and send back someone more along the lines of Goran Ivanisevic.

More than anything, I care about the fact that I feel well-rested, and ready to actually attack my list. I think a weekend of alternative parenting really worked for me. Not sure it worked for anyone else, but that doesn’t really matter at this point, does it?

Have you “liked” my blog on Facebook yet? No? Shame on you… Well, here’s something you can really do for me – click the link for Top Mommy Blogs dot com to register a vote for my site as one of the best. Thanks!!

14 Replies to “A Weekend of Alternative Parenting”