Hah! Man … did I fool you suckers.

There would be so many terrible, terrible; horrific things about me saying those words in earnest. For one, that would have necessarily required me to experience an awkward 30 seconds with my husband some time in the last month. Yes, that’s right: Poor Nick and I would have had sex. Ick, we’re married – I prefer bickering until we fall asleep, thank you very much. For two, the poor kid would have come out with some major fetal alcohol issues, because Mama Bear’s been sucking back the ol’ box -o- Franzia pretty hard this month. 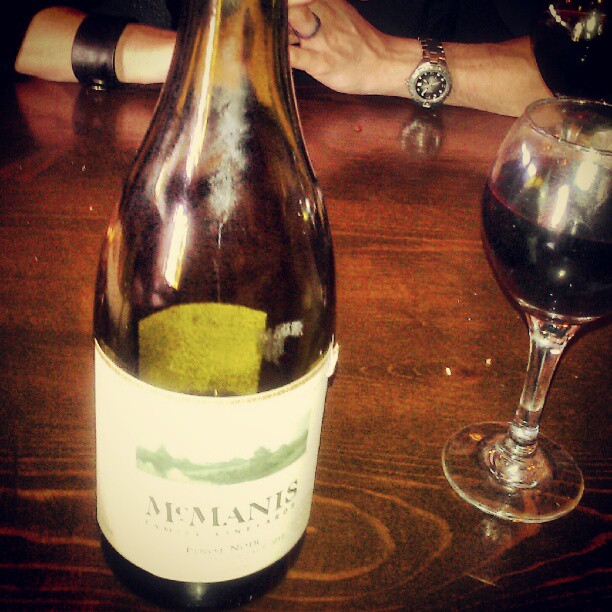 So, sorry to announce, but there will be no more Pookies added to the clan. At least not this month. (Unless shit gets immaculate conception, in which case we are all screwed.)

It’s amazing, though, how those two words change over the course of our lives. In the last few weeks, I’ve had a whopping total of four friends – count them, FOUR – inform me that they are withchild. Each is in a much different situation than the next, too. So while I’ve sucked back my Franzia and shoved my tropical flavored marshmallows down my gullet in celebration, I’ve done a lot of thinking about just what the appropriate responses have been over time.

I think the only response to a teenager winding up pregnant is “oh fuck.” Or “oh shit” – or some variant of either. I had a few friends in high school that ended up having babies by the end of our senior year. It wasn’t pretty for any of them, and they were each amazing young women to deal with it all if you ask me.

Nonetheless, when a teenager winds up pregnant it’s one of two scenarios. Either it was an accident and she is terrified. Or she’s psychotic, in which case the dude should run and hide. I’ll never forget that episode of Jerry Springer with the teenage girls that wanted to get pregnant. During his final thought, he mentioned how “not right in the head” they all were.

This could go one of two ways, and sadly the majority of the people in their 20s that I have known have been in the latter. Either it is someone that got married and had babies early. Or it’s another accidental pregnancy, although not necessarily a bad thing in the end.

Because of the uncertainty of just what “I’m pregnant” coming from a 20-something (especially earlier 20s) means, I have always considered that the most important time to tread lightly. One friend who got pregnant on a one night stand when we were only 22 dealt with it rather well; and she is now one of the greatest mothers I know. Another who had been married for a few years sobbed uncontrollably for three days.

Here is where I am now and I’ll tell you: it makes me feel old.

And if it isn’t, you are in a position in life where everyone around you knows exactly what will go down. And you are all mature enough to handle it maturely.

In your 30s, a baby is pretty much the status quo.

My opinion is that when a woman reaches her 40s or 50s and announces to the world that she is pregnant, that she gets a little more scrutiny such as she would have in her 20s.

This doesn’t mean I think there is anything necessarily wrong with it.

This isn’t to say that I am saying people are bad for doing it.

I just mean that a lot of people in society question people’s decision to have babies so late. Is it safe? Why wait so long? And so on. Although I don’t really know because I haven’t encountered anyone that has had babies that late in the game.

You, old bitty, are off your fucking rocker. Or you’re one of those weirdos that gives birth to their grandkids since their daughter or daughter-in-law is drier than the Sahara Desert.

I won’t even go there.

So am I reading too much into this? Perhaps I am. Perhaps I am thinking too much about it in an effort to justify the excitedness with which I approached the pregnancy announcements of all four of my friends this last week. Or maybe I’m trying to just over-think things to silence the noise of my own biological clock ticking slower and slower each passing year.

But ick. That would mean an awkward 30 seconds with Poor Nick. And while it would only be about 30 seconds, there are plenty of other things I could do with that time. Like suck back some more of my box -o- Franzia. Or do some 1-click purchases on Amazon with all that baby money being saved.

Congratulations to all my friends that have successfully inseminated and recently given birth!! You are all the greatest moms this Mama Bear could ever be lucky enough to know!