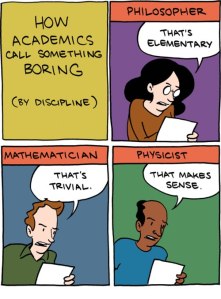 For those of you that haven’t caught on yet, I went to graduate school in philosophy. Yes, I am one of those people. I think a lot. By a lot I mean all the time. I took a little too much to heart the lesson in humility from Socrates, though, so I really do believe I’m a dumbass (thanks a lot, jerk). But I also believe that my education was far superior to anyone else’s, even though it hasn’t gotten me anywhere. (The old philosophy student’s joke was: What is the first thing a Ph.D. in Philosophy asks on the job? Would you like fries with that?) And for five years or so, I’ve been in a perpetual existential crisis. What does it all mean and all that high-fallutin crap.

So I’ve been thinking a lot about Nietzsche lately. For those of you that have no idea who I am referring to: (1) you for real need to wake the fuck up; and (2) he was a German philologist, one of the fathers of modern philosophy, and the dude had a whack mustache. Your Movember ‘staches and wanna-be Fu Manchu hipster shit has all got nothing on Nietzsche’s facial hair.

I will be providing further tutorial on Herr Nietzsche after we discuss this week’s Shut the Fuck Up. For now, let’s leave it at: the dude was pretty rad.

Now I’m getting ready for my kid’s birthday party. It’s in about a week (seriously guys, if it weren’t for Shut the Fuck Up Fridays, I would have no concept of day or time). All I know right now is that it’s turned into the event of the goddamned century. 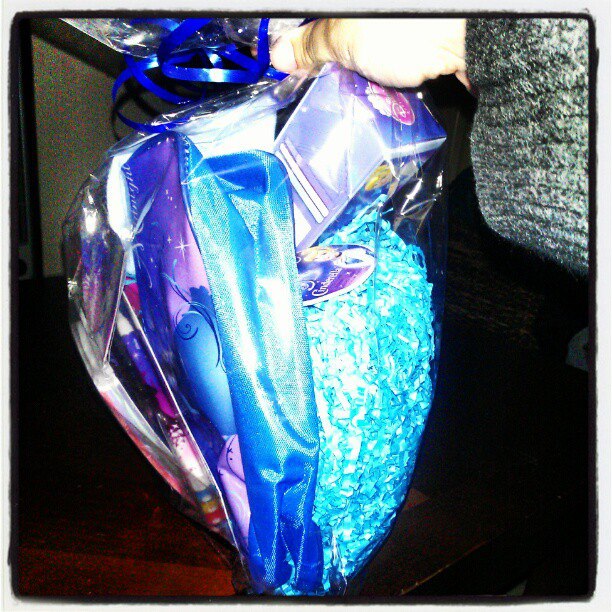 There are going to be four little girls and a ton of adults there. It’s a tea party. Everyone is getting really dressed up. There will be crumpets. There will be doilies and tule. We will have three cakes and a cake table: a standing princess cake, a Cinderella’s carriage cake, and cupcakes.

And then yesterday we realized that the kids needed games to play. Duh, it’s a kid’s party. It isn’t just eat and go to them. So now we’re making games: pin the shoe on Cinderella, learn your tea party etiquette, and the coupe de grace of the event – the Cinderella pumpkin carriage piñata. (Which I am making.)

Yesterday I had to get the rest of the supplies I needed to make the games, finish the piñata, and so on. My mom called and said that she had a coupon for 40% off the entire purchase at Michael’s, and while I did want to avoid my mother yesterday, I couldn’t pass up on the deal. As we walked around the store, though, picking out the things that I needed, looking at the Christmas stuff, navigating the holiday shoppers, and grabbing impulse buys along the way, my mom went into this little tirade about how the birthday party was “too nice.”

“You’re going to make people feel weird with everyone dressing up,” she said.

“What, a simple Vons cake isn’t enough for you people?” she whined.

“I think you guys are acting a little pretentious with all the decorating,” she griped.

After some hearty thinking, I realized that her problem is she is jealous. She isn’t in charge of the party. She isn’t even throwing it – it’s being held at my mother-in-law’s. My mother has nothing to wear. My mother would have just gotten a Vons cake – to hear that I am baking the carriage cake, a family friend is baking the standing princess cake, and my mother-in-law is baking the cupcakes was just the icing on her own cake of inadequacy.

Now let’s not get all “oh, you are leaving her out…” because you faithful blog followers know that my Trailer Trash Mom is unreliable, a drama queen, and a total flake. Up until yesterday she said she didn’t even think she would be coming to the party – and this was before she heard about all the pomp and circumstance that would be going on.

Nietzsche had this idea that people deemed what was right and wrong in the world by whether they were a master or a slave. Without getting into too much verbiage here, the people that get angry and resentful when something is nice, that find fault in things they cannot do, are the slaves. They see those that can as masters; as their oppressors. Nietzsche says that they have to cut down the masters so as to feel better about their own slave inadequacies. My mother’s slave mentality spews from her constantly. If she can’t afford a nice gift, well then gifts are over the top. If she doesn’t have time to throw the party, well then the party is pretentious and shouldn’t be done.

Basically, it’s about cutting people down so that you feel better about yourself. To this, I say: shut the fuck up.

I’m sure you faithful blog followers all have a slave in your life; perhaps you just haven’t realized that their bullshit, narcissistic, weakling viewpoints were really just a matter of being jealous that they feel inadequate in one way or another. I think a lot of people call it “those that want people to be as miserable as them.” They are the people that need to make sure everyone knows how much they disapprove of things being nice. They are the people that need to make sure everyone understands that they think nice is wrong for some reason or another (excess, gluttony, whatever). They are the people that would rather not show up for a party because they think it is “too pretentious,” when in actuality they just need to cut others down to size to feel better about the fact that they – themselves – did not throw such a party.

They all need to take a lesson from Nietzsche and shut it right the fuck up.

Now for those of you that not only need to shut the fuck up, but need to wake the fuck up, here’s a nice little documentary on Nietzsche. It’s shorter than an episode of Dancing With the Stars. And while I know that you are going to be very busy right now pinning photos of cute DIY projects to your Pinterest, and uploading 7,000 photographs of your celebrity crush to your Facebook page, methinks you would all benefit from turning that shit off, shutting the fuck up, and watching this video right now.