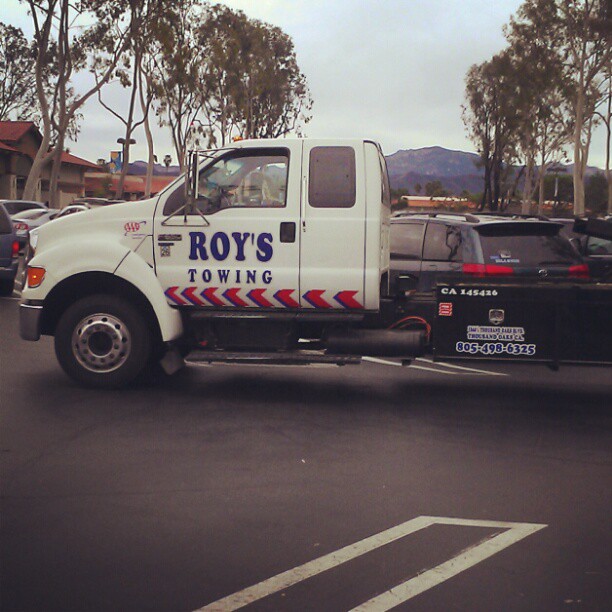 I absolutely loath when people say that. First, and foremost, I think talking about people being “negative” or “positive” is – in a word – childish. Those are just more labels we as a society use to peg people that we think are doing something either right or wrong, by our standards.

So I really and truly want to punch people in the nads that throw that “try and stay positive” crap in my face. Sometimes, you just have to be realistic. Sometimes staying positive is a recipe for getting your own self punched in the nads.

I bought a new used car approximately three weeks ago. My husband crashed his car into some 16 year old on the way to work back in October, and after months of deliberation the insurance company finally decided to total out his car. My Yaris got amazing gas mileage; I needed something bigger … so we did a little swap. I got the money for the insurance pay out and bought a 2004 Jeep Grand Cherokee. I did the research. I drove it multiple times. I did everything right; and (despite the fact that I was pretty sure the private dealership was owned and operated by the leaders of the local mob) it seemed like the right decision.

I should be clear, I have been hit (not hit others) in quite a few car accidents since moving to California, so I have a lot of experience buying cars. The Jeep was my fifth purchase.

Now today I was driving on the freeway from our lunch out to Barnes and Noble. I made it no more than two miles down the road, though, when all of a sudden my car started jerking, and violently. I got off at the next exit, called my husband then my father and both said I should try and make it home. When I put the car back into “D” though, it made this horrible, loud thud noise and the entire car jumped. It was barely drivable after that.

We ended up getting towed. Within a few hours I learned that the entire transmission needs to be rebuilt, of course not a covered item on the 90 day limited warranty. Blah blah blah. Let’s get to the positives.

But wait! I said I didn’t want to try and stay positive. I said that when your new car breaks you should let yourself freak out, rather than living in a false sense of naive idealism that everything will just magically work out for you! 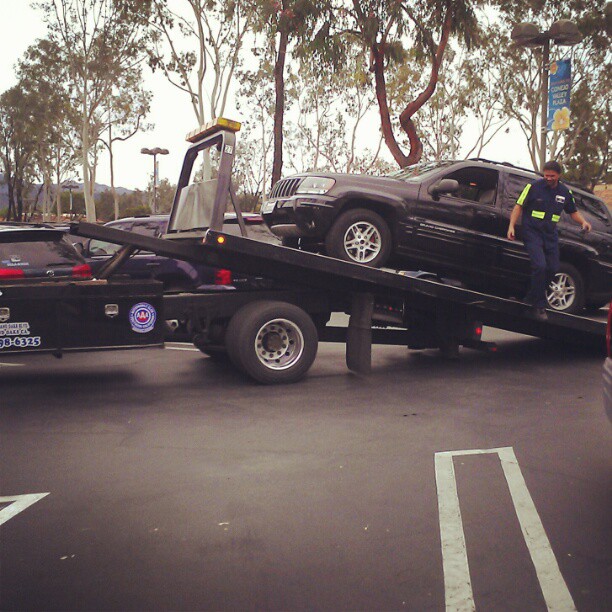 The tow guy got there and attempted to drive my car up onto the tow ramp. But as he was backing the Jeep up to pull it on, this crazy broad pulled up behind him and started honking her horn. Then she yelled “get out of my way!!” The tow guy pulled the car in front of his tow truck, which was a huge mistake. No less than twenty cars then proceeded to drive past the tow truck, no one stopping for him to get my poor, broken Jeep up onto the ramp.

You may be thinking this is normal for a street, but then I have to tell you the best part: I was in a goddamned parking lot with about ten others rows that people could have driven down instead of the one we were in.

Nothing says “this was a good a experience” like a harsh reminder that humanity is evil.

Some People Are Truly Amazing

But then – when all seemed to be at a total loss – a woman walked up to me and said “is that your car being towed?” I told her that it was, and then told her that no one was letting the poor tow guy get it up on the ramp, though.

She said: “hold on, I just had lunch with my ex-husband and I’ll have him pull up and block the driveway until your car gets up there.”

No, I am not kidding you, faithful blog followers. The guy pulled up and blocked the way, then pulled forward and asked if he could help with anything else. I thanked him, he drove off. Then the woman asked if we were being picked up, or if she could drive us home.

As horrible as this world is, every once in a while there is a light of hope hanging on.

People Are Full of Surprises

Once the Jeep was loaded, we just had to get into the tow truck and ride with him to the auto care center, closer to our apartment (about fourteen miles away). There, my dad was going to meet us and help me get everything handled.

As we got into the tow truck, the tow guy – who seemed like your average, run-of-the-mill tow truck driver – took the kid’s stuffed bear, set him in the middle of the backseat, and clicked him in. Pookie smiled, said thanks, and held the bear’s hand the whole trip.

I have never seen a service person, who deals with the nastiness of public on a regular basis, show such an unbelievably humbling sweetness in my entire life.

The only other note of excitement for the trip was that we had to go through a weigh station, since we were over a large hill that the heavy truck was going to have to go down. I had never been through a weigh station before, and always thought it was some sort of complicated ordeal involving scales and measures and paperwork and police. Sadly, it was not as exciting. We pulled through it, just driving slowly, and continued down the hill.

When your new car breaks, I highly suggest freaking out. Don’t listen to those assholes that tell you to try and stay positive, because there is nothing positive about car repairs. There are, however, pretty awesome reminders you can learn along the way – no matter how ugly or unbelievably touching they may be.

3 Replies to “When Your New Car Breaks”