Mardi Gras is coming up, which means one thing and one thing only: time to lock up your mothers. Grandmothers? Oh, I guess I’m the only one whose mother has appeared on Grannies Gone Wild. Moving along…

So last week sucked. It sucked hard. Harder than … well, I think you’ve gotten the point. Not to be crude or bitchy or – as the more childish refer to – negative, but it did. Did you faithful blog followers have a hard week? Here was mine:

My Car Broke Down

We talked about this earlier in the week, but it’s worth reiterating. My car broke down which sucked because it was new and, while – yes – it was a new used car, it was still a major frustration nonetheless. We finally got an “offer” from the private dealer that sold us the car on repairs last night. He said he could refer us to the guy he knows that does transmissions.

No talk of money. Gee … thanks. I’ll just grow more money out of my asshole to pay for that whopping $2500 repair that should not be needed only three weeks after the car was purchased.

And in a tragic twist of fate, Achilles the fish met the same, exact fate as Achilles the Homeric hero. Well, I assume as much, although we did not inspect to see if there was an arrow in whatever would be equivalent to the fish’s “heel.”

So Achilles died and to make matters worse, the other fish started eating him and then the body was rapidly disintegrating into the water – the thing couldn’t have been dead longer than a day. We honestly just couldn’t find him.

There are now three options. (1) Replace the fish again. (2) Call it a loss and finally accept that we can barely take care of ourselves, let alone animals. (3) Stop naming our pets after characters in The Iliad. Fortunately Menelaus (the fish) and Agamemnon (the guinea pig) are still alive. 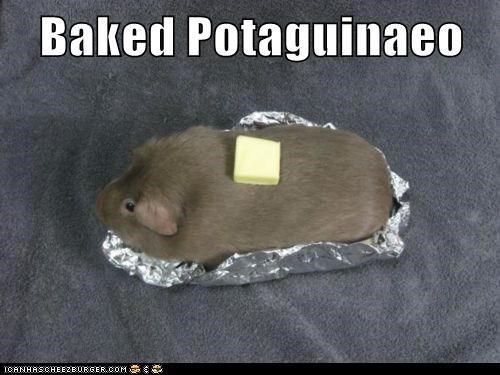 My Crazy Mom Flew the Coop

We already talked about this earlier last week as well, but the update is that the Hillbilly actually did cry wolf, yet again. The Hillbilly Husband is fine and alive and his heart is beating quite well. Sadly, the rumor has now developed that my Trailer Trash Mom just can’t deal with the responsibility of being near my grandparents as they rapidly decline, and that she was using her most recent tale to run away as that happens.

That and she wanted to get some. Gross, I know. Grannies Gone Wild is an understatement.

I should probably consider it a blessing that she is not around. I mean, she isn’t stealing things from my apartment anymore. There is no more eating of all my groceries. And stories about her teeth being lost or misplaced or falling out during conversation are minimized since we rarely speak while she is out of the area. But it still doesn’t change the hurt it’s caused to her family, her parents, and – most importantly – my Pookies.

And in the coup de grace of crap-slinging that life threw at us last week, my husband’s uncle passed away, after a very unsettled life battling many personal issues. He was hit by a truck after stepping out into traffic Friday evening.

We learned of this last night and today I woke up feeling like garbage. When does life give anyone a break? Is it always hard? Always a struggle? A series of one thing after another that has to be dealt with? Loser family. Car problems. People with their hands in your pocket, just taking all of your money. Death.

One of my favorite writers and philosophers of all time, Bertrand Russell, said

“The life of Man is a long march through the night, surrounded by invisible foes, tortured by weariness and pain, towards a goal that few can hope to reach, and where none may tarry long. One by one, as they march, our comrades vanish from our sight, seized by the silent orders of omnipotent Death. Very brief is the time in which we can help them, in which their happiness or misery is decided. Be it ours to shed sunshine on their path, to lighten their sorrows by the balm of sympathy, to give them the pure joy of a never-tiring affection, to strengthen failing courage, to instill faith in times of despair.”

Notice, it doesn’t say anything about giving people a hard time for having feelings or being down. It doesn’t say “it is our duty to judge them for posting on Facebook that they are having a rough patch” – something I see people do constantly. I know that I surround myself with those that are lights in a time of darkness. And I hope that one day I too can shed sunshine on the paths of others that have had a hard week, a week like I just did. To lighten their sorrows and to give them the pure joy of a never-tiring affection.

No matter what the world throws at you, it seems all OK at the thought of that.