How To Avoid Pregnancy In 6 Steps 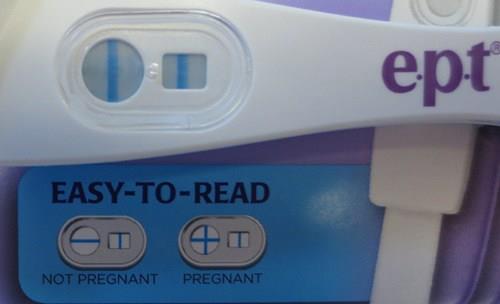 I’m at that time in the month when I really want to have a baby. My period just stopped. The hormones have yet to get back to normal, though, because it’s really the last day of the cycle – so I’m weepy about it too. My ovaries are getting ramped up to fire out another egg faster than an AK-47 at target practice. And by next Friday it’ll be like Ovulation Central Station in the nether region of my womanhood.

It also doesn’t help that each day sees another pregnancy announcement. Yesterday I learned that a friend from when I worked in the pharmacy during undergraduate is now expecting. She’s 11 weeks along the line, and getting pregnant has been no small feat for these love birds. As I congratulated her, though, I realized that she is now the 28th person I know that will be giving birth some time this year. (Update: while writing this post, another friend messaged me on Facebook … no jokes, now we’re at 29.)

In the words of Joey from Blossom: WOAH.

So today is also a really big day for not only my baby dreams, but also my blog. This is my 400th post, and on that 400th post I was planning to make my own big announcement and feature a giveaway to celebrate the occasion. Am I having a baby too? No, that’s quite obvious given my conversation about my little red sister, up above in paragraph one. Am I quitting the blog now that I’ve hit the 400th mark? Absolutely not. That would be dumb.

Nope, the news is that I’m publishing a new book. It’s a book of articles on adulthood, marriage, and parenting; very much in the same vein as this blog – entitled My Wife’s a Bitch. It isn’t just for women or parents, it’s really for people like me. (If you are reading this blog, you are likely one of them.) The book is scheduled to release on Tuesday, June 4th, 2013, and the really exciting thing is that I’ll be doing book signings for this one – both around my home in the LA suburbs, and in the Chicagoland area this summer. Are you shouting “yay!” yet? I am.

To celebrate, I’m hosting a giveaway of my last book, the very short and very quirky tragic comedy that is my childhood story – Surviving on Cynicism and Misanthropy. Details on the giveaway are at the end of this post.

So while vomiting in the morning, hormones added to my baseline level of crazy, and peeing in my pants every time I laugh is actually my norm, it’s quite obvious that pregnancy is probably not the thing to do these next few months as My Wife’s a Bitch hits the shelves.  Fortunately, I’ve devised my six, surefire steps to avoiding pregnancy. Birth control, tubal ligation, and the old ever-failing pull out method are for sissies.

Don’t get me wrong: all of the sleepless nights, the midnight feedings, the baby in the bed just to get 30 minutes … it’s all worth it. And it is temporary. IT IS. But nothing reminds you how difficult having a brand new baby around can be more than seeing a friend that is in the middle of it. They’ve got dark circles under their eyes, they forgot to eat their last three meals, and their hair looks like it hasn’t been washed in a week (because it hasn’t); those are the times to visit.

3. Spend some time with someone after they’ve been in the hospital.

This is one I’m going through right now, and it has nothing to do with a baby (but my dad with his hip). Hospitals are miserable, which means that if you have a baby – unless you are one of those adventurous new age people that has them at home – you are going to have some sort of a stay in the hospital. That means crappy food, nasty nurses, and even less sleep than when you are home with the baby.

4. Let your kid(s) have free range of the house for a few hours.

If you are like me, you already have at least one wee one running around the house. That means that you have a built-in anti-pregnancy device. Sure, you may have forgotten the sleepless nights and the problems that came up early on; but what you will never forget is how much damage to your home kids can cause when they multiply. Imagine the mess your kid(s) make multiplied by another (or MORE!) after letting them have free range of the house for just a few hours. Do you want to clean up even more than you already do? I don’t think so.

5. Pay all your bills on the same day each month.

No matter how much money you make; no matter how good of a financial position you are in; nothing says “now is not the time to get pregnant” like paying out a lot of money in one swoop. I do this monthly – I pay all of our bills in one day. It takes an entire paycheck to do so, which stresses my husband and I out way more than it would if it were paid out in smaller increments over the month. All the amount of common sense and logic doesn’t overrule the feeling of thousands of dollars going with a simple click of your mouse.

6. Take up a hobby that involves thinking about things other than pregnancy. Like drinking.

Maybe you want to get pregnant because you are bored. Best to try taking up a hobby, particularly one you can’t do while pregnant – like drinking. Or sky-diving. Or something that’s really expensive you won’t be able to afford after having a baby, like international traveling. That’ll remind you of everything you can’t have if you have a bun in the oven (typed while enjoying my wine o’clock).

Follow my six steps, and you are sure to avoid any ol’ pregnancy you’ve been trying to run away from for years.

So now about the giveaway. The situation is that I’m afraid my last book Surviving on Cynicism and Misanthropy (click the link for more details on Amazon) is going to get a little jealous when My Wife’s a Bitch comes out. I would. In an effort to ease that jealousy, I thought I’d host a little giveaway to make the ol’ gal feel a little more at ease. Between now and Monday, June 3rd, “like” this post, share this post, Facebook it, Tweet it – whatever … and post a comment. The most important part is the comment, although the sharing is really nice too. On the day before the release date of My Wife’s a Bitch, I’ll be randomly selecting five lucky bloggies to receive a free, signed copy of Surviving on Cynicism and Misanthropy. And the more shares and comments you make, the more chances you have to win. Happy post #400 faithful blog followers. Here’s to another 400 of awesome to come!!

16 Replies to “How To Avoid Pregnancy In 6 Steps”