There is a lot of crap on Facebook. It’s bad enough that Facebook often doesn’t work. That Facebook doesn’t let followers of your “like” pages see half your shit. That Farmville and Cafe World still exist. But man there is a lot of other crap on there – crap people use and share and burden us all with.

They should really just call it Crapbook already.

The “hide all updates from…” feature is pretty much my favorite feature on Facebook now. That’s really saying a lot. And I’m sure many of you have used that on me; in fact, I’m sure many people that should be taking a lesson in crap on Facebook aren’t even reading this blog because they’ve used that feature on my updates, and thus have forgotten that I even exist.

In any case, there are five more pieces of crap on Facebook – beyond your excessive foodie posts and Farmville goat requests; five more pieces of crap on Facebook that have begun to grate at my ability to keep my mouth shut in an effort to keep my enemies to a minimum. What I’m saying is that as I scroll through my Facebook Newsfeed every day, I say aloud to myself “crap… crap… who cares… no one gives a fuck… more crap… seriously, get a fucking life…” and I wish I could say that all out loud in the comments and not lose friends, but obviously I can’t do that. People don’t often take truth well.

For now it will be in the “hide all posts from…” feature. And, of course, this blog post. Here are the five more pieces of crap on Facebook, as I see them from least offensive to absolutely most atrocious. 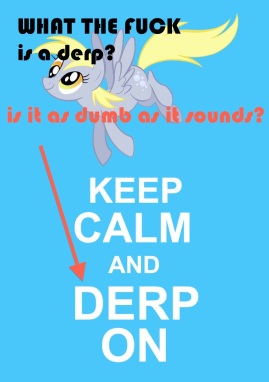 But at some point it got old. Really really … really old. As in if I see another one of these Keep Calm… memes I may go postal. I may just tell the person to get a brain. To get some originality, you know? How about you come up with something new? Or even a meme that has been more recent than, say, a year ago.

Until then, I’ve had to “hide all posts from…” about five people that just won’t stop with the Keep Calm…s Ironically, they are the last people on the planet that take their own Keep Calm… advice. All five of them. Interesting.

Some of my friends have posted the most horrifying photographs recently.

I still harken back to when my friend Kristin posted a photograph of her baby’s shitty diaper. Not sure what that was all about, and I continue to have nightmares about the image nightly. But some of the recent posts have beaten that into the ground, in terms of TMI factor. Ten hundred fold.

The worst are the ones that elude to a TMI update. You know, like it doesn’t outright say what is really going on, but it’s obvious by virtue of the image and the vaguebook caption included in the liner notes. For example, the six boxes of Preparation H that were posted in a photo with the caption “rough night” from one of my gay, male friends. Could have done without that one. Another was a photograph and a check in at some oyster house from one of my pregnant friends. The caption said “hopefully this plate of oysters will help him keep up … pregnancy hormones are making me wild!”

Seriously, bitches. No one needs to know any of that shit. Any of it.

Maybe it’s because so many of my friends are becoming moms, and babies are coming out of their vaginas (most of them). Since everyone knows you just squashed a human body out of your lady hole, I guess now it’s OK to ask everyone publicly about conditions that may follow?

I’m a pretty personal person when it comes to my vagina. As well as anything that goes in or out of it, and it’s surrounding areas. Maybe that’s just me, but I think I speak for most of society when I say that I never want to log onto my social network of choice to see updates asking questions like:

I think I just pooped out of my vagina. Is this normal?

Not the thickest pad in all the world could control this flow! Anyone else go through this when you get your first period after having your baby?

Any new moms experiencing postpartum itching down there?

I will hold while you all go vomit. I sure did when I read those – actual questions posted by friends on my Facebook page.

Look. We all know that cancer exists. We do. It sucks. Hard. Many blog about it often. Many have lived through it. MANY have lost loved ones to it.

And I know, I know: people with cancer don’t get a day off. They live it all the time. Every moment of every day. At least that’s what the sad cancer shit posted on Facebook says. Must be true, right?

So my dad has had cancer. He is still in treatment to keep him in remission from prostate cancer after a total prostate removal back in the late 90s. When you ask my dad about his cancer, though, he says that it isn’t who he is, it doesn’t define his life, and even when he was first diagnosed and going through surgery and treatment, he thought about it infrequently. You know why? Because people with cancer don’t obsess over it. They obsess over living life to its fullest while they have the remaining chance to.

Stop posting your sad cancer shit on Facebook, people. Please. I just had to delete a friend from Facebook because of it, about a month ago! I just couldn’t take it anymore – her constant guilting and posting that people should be doing more. She’d comment on my Facebook page and always bring up cancer, how this and that is irrelevant as long as people have cancer. I’m not talking about people that have cancer and post progress updates, or people that participate in fundraising drives. I mean the people that post those shitty memes or the bullshit awareness statuses that no one gets. The “97% of people won’t repost this… will you?”s.

On the most serious note I will probably ever make on this blog, I think we should all take a lesson from those with the actual disease: stop letting it control our lives and every waking thought. And that includes on Facebook.

You know who you are. 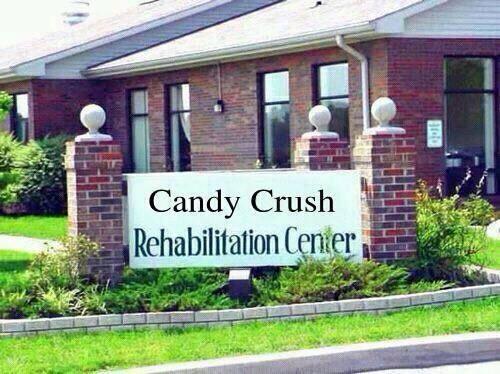