Last night I was just sitting on the couch, minding my own goddamned business. I seriously wasn’t doing anything but sitting. I don’t often do this, but we just moved and we have a lot of stressful things going on in life right now; so I thought a moment to just sit and relax would do me well.

Then my husband came home and was all hyper and crazy, like he usually is. He can’t sit still without acting mopey – he always wants to “get stuff done,” which I have come to the conclusion is a rouse to avoid me. So he came home and was all antsy, and he was on the verge of killing my relaxation buzz when suddenly a huge vortex opened in the middle of his face and spewed forth the beginning of the destruction of all mankind:

“Hey, did you hear there’s a new Buddies movie coming out? Super Buddies, or something like that.” 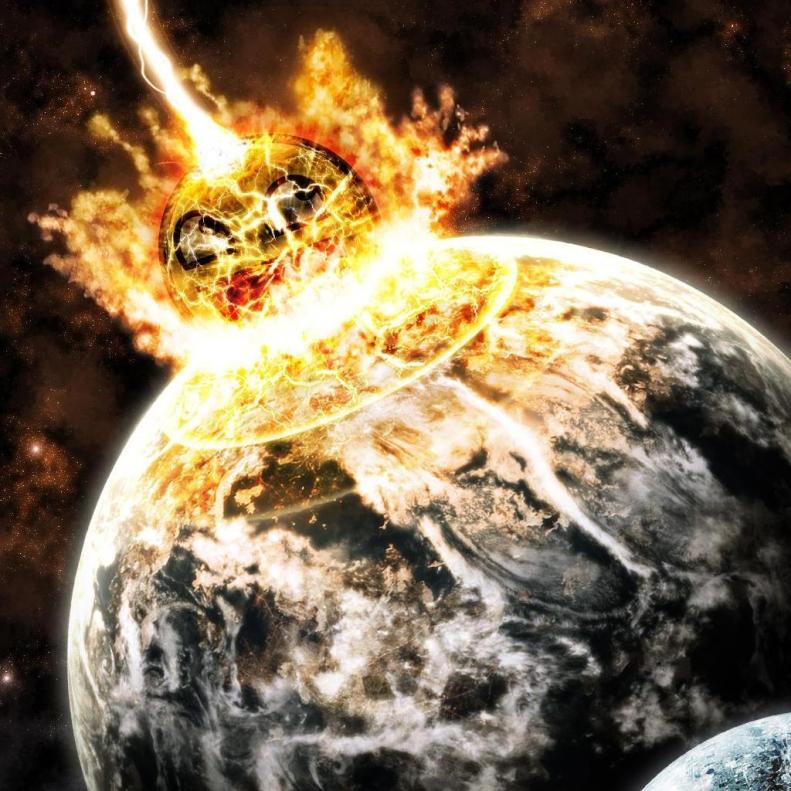 Is that franchise ever going to stop? Did they not learn their lesson with the flop that was 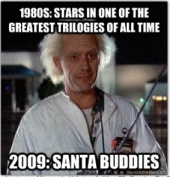 Treasure Buddies? Have they not stretched the limits enough with the outlandish and completely unrealistic story lines? Did they not kill history in that space episode, when the dogs decide to take a fucking detour to the moon and then moonwalk and then make that comment about ‘a giant leap for dogkind’? HAVE THEY NOT PERVERTED SOCIETY ENOUGH BY FOREVER TARNISHING OUR IMAGE OF DOCTOR EMMETT BROWN?

You can all see I feel quite passionate about this issue. Well if you had seen all of the direct-to-video Buddies movies so many times that you have nightmares in which the script of each movie plays out word-for-word because it is so deeply imbedded in your subconscious – you would feel passionate about it too.

Have An Affair With A Vegan Hipster

There is nothing more unattractive than a vegan hipster. A vegan hipster male that is so unshaven that he has a full coat of hair on his shoulders and back. A vegan hipster that believes in using all natural soaps and deodorants, so much so that he smells like a cross between baking soda, patchouli, your grandmother’s crotch rot, and cut-renching body odor. A vegan hipster that does nothing but talk ad nauseum about his veganism and what that means for his bowel movements. A vegan hipster that works at the local Urban Outfitters, where he sells fashionable muscle shirts, spends his day grooming his foo manchu mustache, listening to Pitchfork, and pretending like living in his parent’s basement is a personal choice.

I would rather have an affair with that man than see another Buddies movie.

Immerse Myself In Hillbilly Society

You all know my feelings about hillbillies, but really there isn’t much wrong with them when they are kept at a distance. Being in their element is another thing.

I would rather immerse myself in hillbilly society than see another Buddies movie.

I would rather BBQ on a grill made out of an old toilet. I would rather marry my cousin and wear overalls and flannel shirts and have nineteen children. My children’s names would be Bobby Jo, Billy Jean, Tommy Steve, Jack, Randy, Ron, Phyllis, Baby Sue, Lura, Tracy, Tracy Mae (because we forgot we already had a kid named Tracy), Nancine, Tammy Rae, Sally Bo, Cletis, Kimmy Dean, Donald Dick, Baby, and Maximillian T Stone. Because we wanted to give our youngest a classy-like name.

I Would Rather Lick My Husband’s Rotting Feet

Sorry if this offends anyone. Especially Poor Nick.

But I would rather lick my husband’s rotting feet than see another Buddies movie.

My husband’s feet are so gross. He always gets offended when I say that, which is crazy because I don’t mean it as an insult. I just mean to be honest. The problem is that he has an emotional attachment to literally everything that he owns, including his rotting, old socks and his rotten, stinking shoes. He has these flip flops that are over 10 years old and falling apart. He comes home from work and there are pieces of sweaty, black rubber all over this feet.

I would rather lick those.

I Would Rather Go Hunting With Dick Cheney

Do you guys remember when our evil leader and overlord “accidentally” shot another human being while on a hunting trip? Yeah. I would rather go hunting with him and risk it than see another Buddies movie.

I Would Rather Do A Video Blog Nude

I would rather that video blog go viral, unlike any of the other video blogs I have ever done.

I Would Rather All Of My Remaining Meals On This Earth Consist Of Only The Following:

At some point, I have to ask just what the fuck is the deal with the talking dog movies? I get it that kids learn and thrive from the maximum amount of imagination. I understand that they identify with these fantastical experiences and expectations, that movies with talking animals help facilitate. But in all seriousness: at some point it’s gone too far. When The Dog That Saved Christmas has very little to do with dogs, or Cinnamon is really just a Lifetime movie about a divorcee and widow falling in love, told through the eyes of a dog, I think we’re starting to maybe go too far. And the Buddies going into fucking outer space, or obtaining super powers and interacting with aliens. Well, that’s just absurd.

Now before we all activate our emergency cyanide tablets before being forced to view another one of the terribly boring, horrifically unrealistic Buddies franchise films, click on this fabulous photo of the Super Buddies-induced Armageddon to watch a hilarious synopsis of the film.