Everyone, whether they realize it or not, reads blogs. At least everyone that reads stuff on the Internet.

A lot of times I very intentionally try to only read legitimate news articles. I scope out particular sites I know to be traditional media; and then about a quarter of the way in I realize that I’m really reading a blog post. Then somewhere in there I realize I’m a total doofus because it says in bold print at the top of the page FROM THE BLOG. Really, written blogs are just opinion pieces with a different title on them. Facebook Notes are blogs. Tweets and status updates are too; so are Instagrams – whether you people like it or not, pretty much anyone that uses the Internet and social media has in some form blogged, or read a blog of any kind and been like “OMG this person is my soulmate – I totally agree with that thing s/he said about this topic I’m so interested in.” Even if it was just a Foursquare check in with the comment “best tacos ever.” 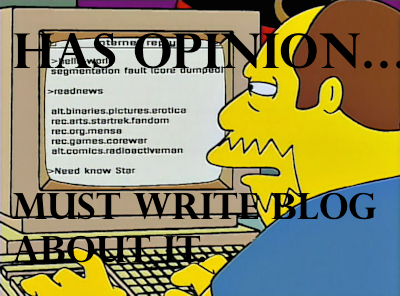 I could go on. As long as it’s logged on the web, it’s a blog. The Internet is for sharing, no way around it.

Once, a long time friend told me that she hated bloggers. Then about five minutes later she posted two updates – one a blog-style Facebook note on diet tricks and tips, the other a Tweet about how she thought Portillos had the best hot dogs in the history of hot dogs. (Irony much?) At that point I couldn’t resist, I had to ask why she shared so much stuff and posted her own blog-style updates, when in fact she claimed she hated bloggers. She clarified for me that day something I wouldn’t realize until years later is quite a profound statement on blogging, and the Internet in general. Bloggers – the Internet on the whole – are mean people; people so mean that if anyone ever disagrees with something out there, they and their friends/family/colleagues launch a full-scale Internet attack.

At the time, I immediately dismissed everything she said.

I have been writing for four years now. Probably five since that friend said she hated bloggers. Shortly after I began writing, someone (or someones – I really don’t remember) suggested I start a blog. I did, and it morphed into what it is today – a place in which I rant, complain, share stories, and sell my books. Sometimes I write a lot of blog posts in a short period of time; other times weeks or months go by with not a peep from me, as far as my blog is concerned.

You learn quickly in the blog world (the world of the Internet) that there are a lot of people out there with things to say and share, and yet only a select few of them ever get to the forefront. I mean – like – the blogs that go places. As in all things in life, it is very political. It is a lot about who you know. Usually, the most untalented of people are those that are read the most. You also learn that the worst writers are some of the most popular bloggers.

This isn’t to say that all of the most popular bloggers are bad writers, but there are definitely a handful of terrible writers and worse human beings out there that have mastered the art of page views, buzz words, and using infographics as legitimate substitutes for actual, real words and ideas.

And being mean anytime anyone questions something they’ve posted.

Yet you go with the flow and keep your yap shut, because if you say anything that the in-crowd and the people that adore them (read: anyone regularly published on the Huffington Post) doesn’t like; well then you are nothing but an Internet troll. An Internet troll with time on his/her hands, and “no life.”

But you also don’t want to keep silent in a forum where people are supposed to say things.

It happens all the time. Someone posts some pithy piece of shit blog, and then anyone who speaks to the contrary or makes any sort of constructive criticism or dissenting opinion is called a troll and attacked with several “you”s (you just took that personally, you obviously have limited education, and so on). I just saw it this morning on a Huffington Post blog about suburban moms. Now, after careful investigation, I came to the realization that this particular post was a pitch for a new book; and also had a lot of potential (I mean we suburban moms do deserve a lot of poking fun at). But the article really was lazy – lacking introduction, bearing no sense of humanity or connectivity to the suburban moms that were so callously being made fun of; and in the end, concluded with a “buy my BOOK!” Really? 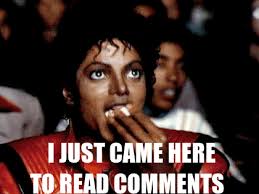 Naturally, when I returned to read the comments, anyone that dissented – that said it wasn’t that funny (it wasn’t), or that it was a little stereotypical (as I said, no connectivity) – anyone that said anything like that kind of a response was attacked with 66 or 89 (or some other absurd number of) other comments full of “you”s (you took it too personally, get an education and a sense of humor was my favorite).

Huh? Had I commented, I would have said it was unfunny and stereotypical too.

Don’t get me wrong, there are definitely Internet trolls out there who pick fights for no reason at all. You can smell them from a mile away, and they reek of a comment or reply that has absolutely nothing to do with what you are talking about. But somehow – somewhere along the line – any form of dissent or disagreement, or even comments in opposition or of slight criticism – are seen as Internet troll behavior. Negativity. Not PC.

Now I understand my friend and her harsh feelings about bloggers all those years ago. The Internet is like one, big bag of dicks – there’s so many mean people on it.

What a terrible and boring place this is becoming as a result.

There’s an old saying I’m sure we’ve all heard: if you can’t take the heat, get out of the kitchen. Well come on, Internet bloggers. Get out of the fucking kitchen if you can’t handle the rising temps. Maybe if you do, things around here will be cool again.

7 Replies to “The Internet Is Full of Mean People and Bloggers, and the Two Are One In the Same”