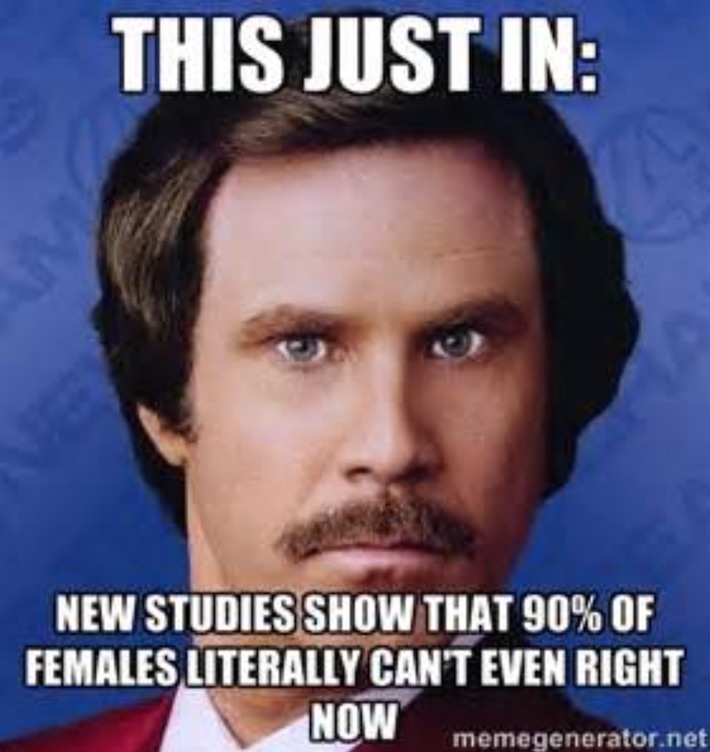 Since, you know: to can’t even is to do something. It’s like a verb now. Just like because is a preposition to lead off a fragment; and on that note, fragments are totally acceptable now. Oh, and literally has lost all its meaning.

Because illiteracy. I literally can’t even.

Not only is it grammatically incorrect, it makes no sense. What do you mean you can’t even? Can’t even what? Can’t even believe what you’re seeing? Can’t even understand what people see in One Direction? Can’t even justify buying bananas over 19 cents a pound?

Actually, because wouldn’t work there since “Because I literally can’t even” is – in some bizarre, fucked up sense – a complete sentence and because as a preposition needs to be in a fragment. I think.

None of that even matters anymore, though. I am happy to announce that I think I finally learned to can’t even.

Possibly, even, to literally can’t even.

Today I was sitting in my living room, looking on Sears’ website at refrigerators. A bizarre series of events then took place that taught me how to can’t even.

First, my father – who lives with us now – hobbled out of his bedroom and into the kitchen. After a few minutes, I realized he was sawing something with a steak knife.

Although I had prepared no steak.

After several minutes of him sawing away, cursing under his breath, my eleven year old walked out of her bedroom and asked what he was doing.

He was sawing off parts of a chocolate bunny. With a steak knife. To eat, I assume.

Just then, the floor started shaking. I mean shaking and booming, and I realized it was because the guy that lives next door was working on a car and playing some booming bass rap shit so loudly that it was rattling our walls and floors.

So the ground was shaking, it sounded like the apocalypse was starting outside, and my dad was in the kitchen sawing off and eating individual body parts of a chocolate bunny.

Nothing unusual. Just your average day.

He’s apparently so virile that they have named him “Enduring Brother.”

So the walls and the floor, and the couch I was sitting on, were all booming to the sweet sounds of the end of the world; my dad was continuing his harvest of chocolate bunny body parts; and on the screen of my MacBook was an article loaded with photographs of Enduring Brother having crazy long panda sex with a female panda who, quite frankly, should be ashamed of her behavior.

This was precisely when I learned to literally can’t even.

And I know that I learned to do it, because without even realizing what I was saying, my daughter came up to me and asked if she could have a snack and I said “I literally can’t even right now …do whatever you want.”

Now, it’s your turn to literally can’t even. 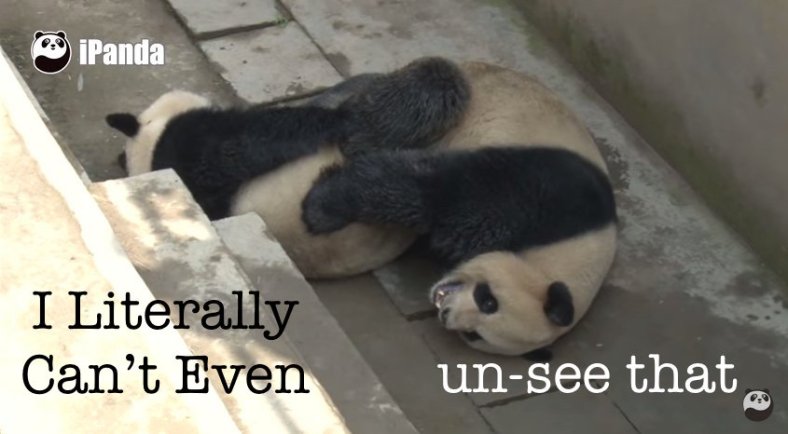