I woke up this morning in a bad mood.

That’s actually a slight understatement, actually. I was so angry in the general sense that I continually thought to myself: “geez, Heather…you’re being pretty bitchy this morning.”

And to be honest, it was entirely my fault. I opted to sleep in bed last night, instead of on the couch. Knowingly I went in aware that it was unlikely I’d get a good night’s sleep. For after all the money we’ve spent on a new bed, our comfortable bedding, and exotic pillows I truly thought I’d have to sell a body part to afford, the truth to the matter is: I cannot sleep next to my husband. He thrashes, kicks, talks, shrieks, mumbles, snores, mouth-breaths, jolts, and – in all earnestness – punches.

But several times per week I glance at that Sleep Number bill and sleep in the bed out of guilt. Sleep is putting it politely, though. It’s more like: I lay comfortably in frustration.

Around 12:30 in the morning Nick punched me in the face and screamed “did you hear that?” I sat up and said “WHAT?!” – frantically, because I hadn’t heard shit. He rolled over and mumbled “I guess it was nothing” and started to snore.

At least one more time he woke me by kicking me. That, of course, was after I was finally able to get back to sleep around 4 o’clock in the morning.

At 6:45 he spent ten minutes dropping everything he could on the dresser directly next to my head.

At 7:15 he woke me up to say he was leaving for work and to ask what was wrong. At this point I imagined fire breathing out of my mouth when I said “WHAT DO YOU MEAN ‘WHAT IS WRONG?!”

So I was crabby today. And tired. Entirely my fault for choosing to sleep in bed instead of on our comfy, and solitary, couch last night.

I should have taken my aggression towards the entire world as a reason to stay at home, nestled on my couch with my pajamas, my Netflix, and my Pinterest. Everyone deserves a Resting Bitch Day every once in a while, anyway. And I’ve been working my ass off lately to get our house move-out ready, as well as to put together everything I want for our new place so that our move-in can be as seamless as possible.

Oh, we’re also going on vacation next week – just a few weeks before we move – so a day to myself to calm the fuck down seems like it would be perfectly in order.

But by the time I was done showering and angrily getting into yoga pants and a t-shirt (but no make up, as I reminded myself with fierce hostility that no one notices when I wear make up anyway), I was convinced that I had to plug along with my plans for the day. Because tomorrow I could be angrier, and would then be pissed off at today’s self for procrastinating. And then the possibility of me becoming a huge ball of red, hot, fiery, pissed off was too great.

This was clearly a mistake. 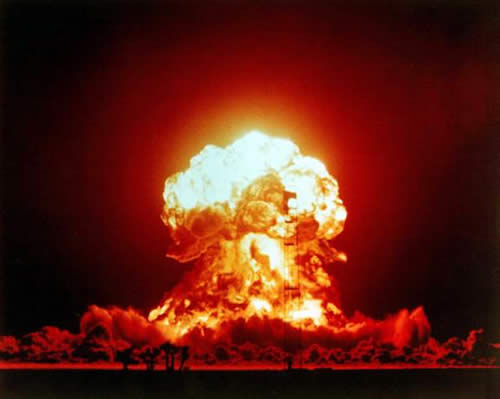 So I’m doing a project for which I have no fucking clue what I’m doing.

This is the general course of all projects I do, but I especially don’t know what I’m doing on this one.

In short: my husband and I use our two, ugly-as-fuck nightstands pushed together as a long dresser that houses our in-bedroom TV. I’m tired of looking at those fucking things on the rare occasion that I sleep in my own, extremely expensive and un-sleepable bed, though; so I’m repainting them AND removing the top drawers to turn that space into the DVD-VCR-cable-etc shelf.

You people have no idea how much I hate myself for not just going out and buying something new on this one. No idea.

So I had to go to the paint store, obviously to buy paint for this dumb-shit of a project. And I’ve never been to a paint store before, or bought paint other than the kind you put on a canvas for that matter. Which means that I had absolutely no experience with taking young children into a paint store.

What I’m saying is: I should have put this off for a different day.

What in the actual fuck is it about paint stores that makes kids lose their fucking minds? All of a sudden I’m one of those people. One of those people in the store for whom everyone else is either thinking that I – the mother – needs to get shit under control; or, on the flip side, is being pitied.

“Oh, her children must need refills on their Ritalin medication.”

At one point, my 11 year old came up to me with a pile of over 200 paint chip cards in her hand. “I have what I need!” she said, and I gave the oh-hell-no look that should put the fear of God in her, and yet only inspired a pout and silent retreat to put them back where she found them.

A little later on in the day, we had been back at home for a while and I knew I needed to go to the grocery store. Half hams were on sale, and I’d be damned if I didn’t stock up on those.

Plus, my dad was home which meant I could go by myself. It’d be like the vacation I’ve truly needed all these years.

Hopeful that my day was about to look up, I grabbed my little notepad that I use for small grocery shopping trips, and I began to look for a pen. I knew for sure that there had to be at least one: the pen that I put a Post It note on just yesterday reading “DO NOT TOUCH –  THIS IS MOM’S.”

That pen, as well as all the others, were missing.

My eye began to twitch as I stalked around the house, searching. Mumbling under my breath that I just knew this was a part of some household conspiracy to make me go insane, I searched and searched until finally I had to settle for a crayon. Standing amidst an array of Barbie clothes, dried up Play doh, and a Lego cramming its way into my foot, I stood in the kids’ room writing my list with a broken, red crayon. If you didn’t look at my list closely, you might’ve thought it was blood.

“What do you want for dinner?” I asked, being polite and trying to preserve some semblance of the very sanity that would get me to and from the grocery store in one piece.

“Mommy, I think you’re getting a lazy eye.”

I wish I could say that this was the end of my terrible and intolerably crabby day, but it wasn’t. While I was at the store, this old guy came up to me and started shouting in my face about how “young people” are too wrapped up in social media to be a part of the world around them. To make matters worse, I’m pretty sure he was the guy that sang Tu Ra Lu Ra to me at the register counter when I worked in a pharmacy during college. I also got home to find a note on our front door: the neighbors complained that they didn’t like my patio arrangement, and wanted it removed in the next 24 hours. And that 11 year old that tried to steal over 200 paint chip sample pages at the paint store this morning lied to my face about picking up that dried Play doh I spied when using the crayon to write my grocery list.

So I’m going to bed, still grumpy. By now, I should know better than to leave the house when crabby. Next time I really will stick to my PJs and my Netflix and my couch.

2 Replies to “By Now, I Should Know Better Than To Leave The House When I’m Crabby”