For two weeks, now, I’ve had a shocking revelation rise to the surface of my brain at least once a day. I mean I’ll just be going about my business when suddenly it hits and I’m like OH MY GOD THIS IS REAL. Just now, I had it again. I was wrapping Christmas gifts, getting them under the tree. When suddenly I looked over to the little rocking-vibrating baby sleeper thing that has been on permanently for two weeks and I – genuinely surprised – thought to myself:

So I guess I have three kids now. 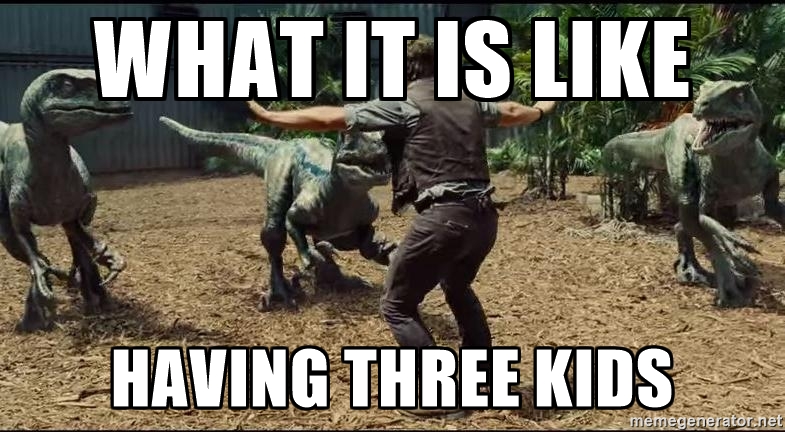 It isn’t that I was unprepared. I knew I was soon to be a mother of three. From the minute I peed on the stick and immediately drove to tennis, where my husband (who works overnights) was sleeping in the car while the kids had their lessons; got in his car and woke him up, him surprised I drove over, and just blurted out “oh my God Nick I’m pregnant,” I knew.

For the months I did not have a lick of morning sickness, did not throw up once (take that, pregnancy!); but instead lost all appetite for anything but cream of chicken soup and cantaloupe, I knew.

On the day I went to get dressed, when it was about 95 degrees out in the heat of summer, and the only thing that fit me was a pair of sweatpants that I could barely tie, forcing me to spend the day at the mall sweating profusely as I looked desperately for maternity clothes, I knew.

And while pregnancy was relatively easy for me, it was still an ordeal. My back rarely hurt, as I said I didn’t get sick; no headaches, no pains in awkward places – for these reasons I was fortunate. But it’s pregnancy. You never know what’ll happen, so I did go a little bat shit crazy with seasoned-mom worry. At the end the acid reflux was like a constant volcano of terrible coming up my throat, and his breech position jammed his head into my left rib cage more times than I would have liked. So I knew. I knew the day was steadfastly coming that I was going to have three kids.

During the c-section, I stayed awake and calm for the entire time. Had I fully grasped what was truly happening, I would have been freaking out and panicking and going nuts – OH MY GOD I AM HAVING A THIRD CHILD THAT THIRD CHILD IS COMING OUT OF ME RIGHT NOW. THAT is who I am. Instead, as my OB shot staples into my gut, I laid there calmly as we had a nice conversation about a New York Times article we had both read about c-secion in the 14th century.

There are so many jokes about three kids pushing you over the edge. In fact, on my first visit with my OB – who has been my lady bits doctor for over a decade now, and knows virtually every facet of my life – I was laughed at, scorned, and told “three will do you in.” Because three, apparently, did him in.

Oddly enough, there was a day when I told people I didn’t want to have any kids. None. Babies were gross and spat up and depended on you and I was just such an oh-so-cool hippie that I was going to spend my days childfree in trendy clothes with a glass of whatever flavor drink of the month permanently dangling from my well-rested, hands that had never – not ever – wiped a single ass, other than her own.

Then we had kids and all of those pipe dreams changed. I’m not saying that having kids was an unplanned or unexpected or unwanted thing. Just that the plans changed and we found ourselves with kids, so my husband and I figured – you know, why stop with one, let’s have twenty five.

In any case, I have three kids now.

My oldest – Alexis, as many of you know, is 12, and snarky and basically a small version of me. Which is unfortunate because it means she’s well on her way to be a world class smart ass. She has had the great fortune of completely skipping over puberty, and is now a full blown, gorgeous woman with minimal awkwardness that makes me wring my hands in jealousy that my between years were not so easy. She likes to tell people that her name means “helper” (which it does), but at the same time she insists she will not be changing any baby diapers. (She has still changed several.)

My now-middle – Ava – is 8 and she’s sweet but in a sweet way like candy. It’s delicious and wonderful but also rotting out your teeth and contributing to your genetically predisposed Type 2 diabetes. There’s always a motive to that sweetness. Nevertheless, when we told her she was going to have a baby brother, she immediately started promising she was going to change diapers and hold the baby and help with everything, and – so far – she actually has. She’s even changed a blow out.

And now, there is the baby. He’s cute and a really good baby. His face is squishy and he’s definitely a holder, as in don’t stop holding me Mom. My dad says he looks like an old man. My husband seems to be disappointed that the baby’s cheeks are not skinny like his, but rather chubby like mine. And while we originally had a whole cadre of terribly atrocious names in consideration, I am certain that one day he will look at that list and be grateful that we stuck with a simpler, more traditional: Andrew. 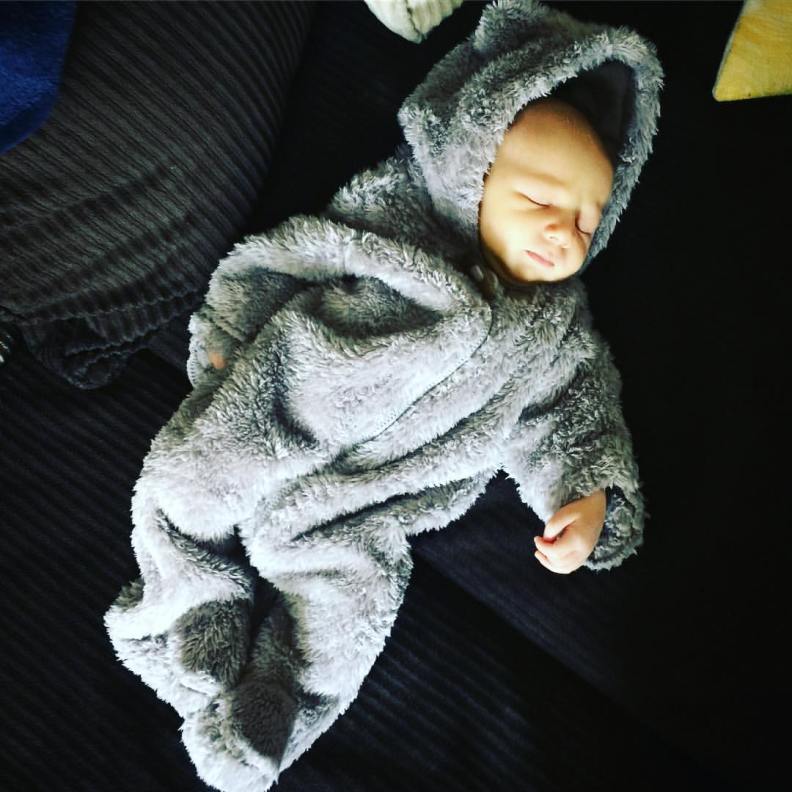 So there it is: three kids. All with the same initials. All with chubby cheeks and big, blue eyes. All with me for a mother. Snarky, independent, misanthropic me.

Heaven help us all.

One Reply to “So I Guess I Have Three Kids Now”