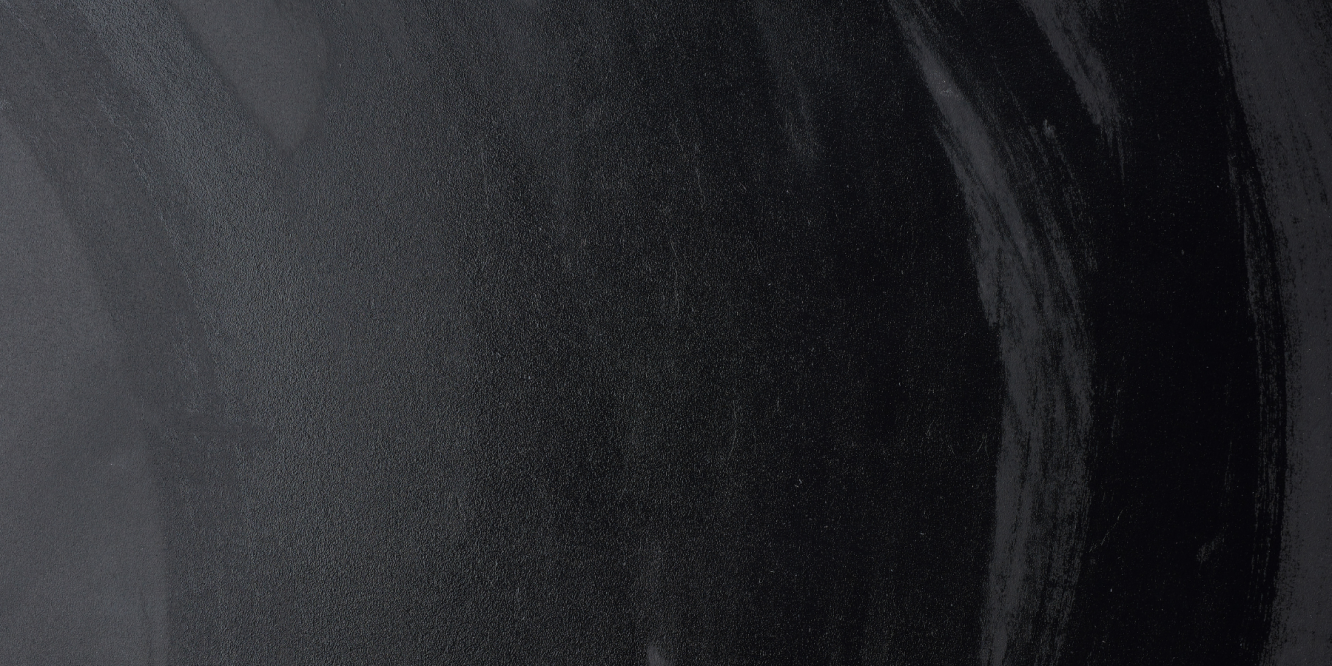 This month – May – is National Tennis Mom’s Month. At least that’s what the USTA says, and since May is Mother’s Day, it makes sense.

I am a tennis mom. I drive my kids hundreds of miles a week, spend close to $2000 a month, and live my life on the sidelines as my kids do what they love with their free time.

I even have the ‘Tennis Mom’ decal on the rear window of my SUV.

To be clear: they love it, and it’s the only reason I am doing it. That doesn’t change the ever-increasing fact that their sport-of-choice is starting to drive me a little insane. Last night, while picking up the house and finishing the day’s chores, I decluttered a drawer in the kitchen and took Marie Kondo’s advice so literally to heart that I was – out loud – saying thank you to the things I threw in the trash, the things in the junk drawer which no longer brought me joy.

That was the moment when I started to see the cracks forming in my mental health. I blame it on the kids and their sports.

A Lot Of Parents Are Living Through Their Kids

…so much so that it’s the de facto assumption of all parents.

So many people at this point assume that I am forcing my kids to play tennis, and it makes me really mad. Like REALLY mad. Like ANGRY mad. Because along with it comes comments like “you need to stop forcing them to play every day.”

Or straight up asking my kids if they like tennis. The other day, my daughter was working with a coach and when she got in the car after the lesson was over, she said “he asked me if I liked tennis.” That’s an odd question to ask of someone he’s been working with for close to a year now. Why the fuck else would she be out there practicing, attending clinics, playing tournaments, and taking lessons?

My kids are not easy to force into any situation. Putting their shoes away involves a twenty minute argument in which I have to reason with them over and over again about all the reasons why their shoes need to be put away. If my kids didn’t like tennis, if I were truly forcing them, cattle prods and massive bribes would be involved. I would have to threaten my kids with no dinner for an entire week to get them out of the car at the court, and even then they would probably consider the merits of one less meal a day if it meant not having to do something they didn’t want to.

What I’m saying is that it isn’t easy to force my kids into anything. And, moreover, that I’m therefore obviously not having to force them to play tennis.

Last summer, I paid for a week long tennis training camp that was only fulfilled for one day. After that, the coach had to “go out of town” and promised he would reschedule the remaining four days.

He has yet to reschedule it.

Routinely, I take my kids to local clubs for clinics, and they always have these deals. Like buy X number of clinics for X number of dollars, which is discounted from the one-at-a-time price. That, I have quickly learned, though, requires an enormous amount of bookkeeping and arguing. One club has been so bad about it that I’ve paid hundreds of dollars for a month’s worth of clinics, only for my kids to show up a week later being told we owe them money.

I probably have twenty stories like these of me shelling out dough, only for it to come up with no, or less-than-promised, services rendered. Is it because tennis is traditionally a sport of the wealthy, so people just assume the payees won’t even notice they’re being ripped off? Or is this just how things are now?

There Are a Lot Of Terrible Coaches

Playing a sport in college does not implicitly qualify a person to go on to call themselves a coach of said sport.

I think this is the primary reason why, in any sport – and especially tennis – there are a lot of really bad coaches. Coaching is another word for teaching, so unless you have some subsequent training in teaching, psychology, sociology, or whatever, it seems wrong to be able to just say “yeah I’m a coach.” Because you aren’t.

In tennis, anyone can *technically* declare themselves a pro, but there are also designated exams for certification as such. I don’t take my kids to anyone that lacks one of those certifications. Beyond the fact that if I’m paying good money for them to play, I should at least be able to get someone actually qualified on paper; there’s also just the simple idea that putting my kids in the hands of someone under-qualified seems – well – dumb. Right?

The real thing is that you sometimes don’t know. I’ve heard a lot of people lie about their qualifications in an effort to justify their coaching. There’s a woman who plays in local leagues, that – it is rumored – played in college; and now I’m hearing her tell people she’s a pro. Uh…really? Because the registry of pros is actually public and, well, you aren’t. That doesn’t stop other people from going to her, though; and – I’m sure eventually – a lot of kids will quit playing the sport altogether, simply because this unqualified lady that happens to play in a local league decided one day she needed some extra cash and could give lessons to innocent people that don’t know any better.

So Much Money, and So Much Driving

As I said, between the two kids, it’s close to $2000 a month, when all is said and done. Playing a sport isn’t just showing up and doing it. You have equipment, travel, clothing; then all the add ons. In tennis, you can’t just do the lessons, you have to do the clinics too. And you get to a point when the standard issue clinics aren’t that good anymore, so you have to upgrade to more elite clinics (elite = a lot more expensive). And then you’ve got to do a certain number of tournaments, join teams, play in leagues – all with hefty fees; have a back up racket for the tournament; new strings every couple weeks. Your shoes wear out in a couple months. Then everyone tells you the only way to get better is to play matches against players better than you; but the players better than you don’t want to do that shit for free.

All of that for two kids.

And because they are so far apart in age (four years), a lot of times they are on different sides of the county, with only one Mom to handle their transport.

I read an article recently that the nature of youth competitive sports in America is essentially pricing your average kid out of having the opportunity to do it. Either the cost or the ability to travel around, or both, make it near impossible for most kids to play. Knowing the ramifications of kids that need sports to stay out of trouble doesn’t lower the prices, either. In fact, the knowledge that everyone price gouges youth competitive sports now seems to only justify it. 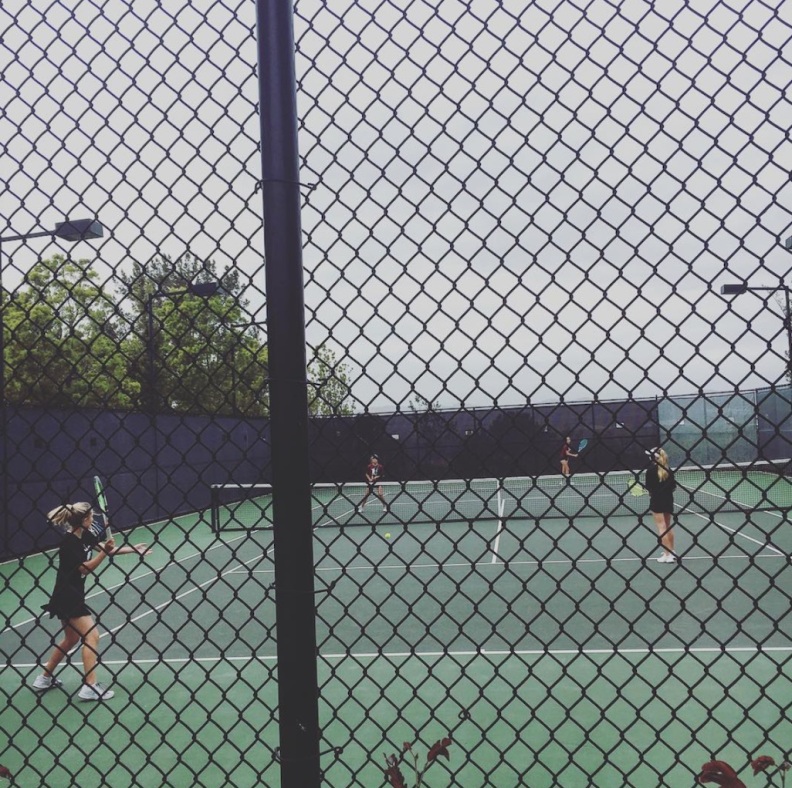 The silver lining in all of this is that my kids really love to play tennis. Sometimes I have to force them – against their little wills – to take a day off. Next to their schoolwork and the various household pets (two dogs, one guinea pig, and two fish), tennis is everything to them.

Which is why, as crazy making as it is, I do it all. May is Tennis Moms Month, you say?