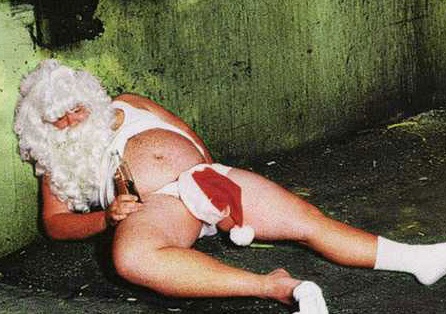 Well, faithful blog followers, it looks like it’s going to be a long holiday season.  Hunker down – just yesterday I saw some idiot had put up and already lit his Christmas lights, including a large Santa face on his roof.  Everywhere you go, you are already inundated with holiday ads, holiday music, holiday sales – so get in the spirit because they are coming whether you like it or not.

If you are like me, your response to “whether you like it…” is in the not.  For me, the holidays have always been a matter of feeling forced to spend time with people I would otherwise never associate with, buy gifts for those that as a general rule tend to act relatively ungrateful or who don’t need anything, and just all-in-all turn in to two months of exhaustion and feeling overwhelmed.  It was only until recently, though, that I realized there is no reason any of us should deal with some of the drama that comes along with the holidays – for the majority of us, it is not only unhealthy but unnecessary.  So I’ve created these four holiday mantras for us all to say to ourselves every morning as we go in to the busiest time of the year.

I will not pretend that things are perfect for the sake of holiday unity.

Nothing is more obnoxious than a group of people that gets together and acts like a perfect group, when they all spend the other months of the year talking shit and treating each other like the absolute scum of the earth.  I imagine it to be like a perfectly constructed ice sculpture – every edge is delicately carved so that the fine sculpture of snow and ice does not fall apart.  But underneath, it’s nothing but dirty ice that is going to melt and become a pile of dirty sludge the moment things start to heat up.  For our first mantra, let’s vow to take a chainsaw to any group events this holiday season – and chop that perfectly structured sculpture to pieces.  Note:  this doesn’t mean to cause drama when everyone just wants to have a nice holiday.  It just means be honest to who you are and how you feel.

I refuse to participate in family gossip.

If your families or in-laws are anything like both of mine, there is such uninhibited levels of gossip going on during normal times of the year that the holidays only makes it worse.  As a general rule, we should all vow not to participate in family gossip all the time; however, it is all the more important during the holidays for the sake of minimizing stress and avoiding unnecessary holiday drama.  There are a lot of things that shouldn’t be discussed with family – from finances to living situations, to marital problems, even to problems conceiving.  The thing about families today, though, is that they have become enmeshed family systems that are so over-involved in each other’s lives that they often do not even believe that what they are doing is gossiping.  Especially during the holidays, talk about something intelligent – books, films, art; stay off the gossip.

I will stop comparing myself and my life to the lives of others.

There is a current phenomena going on called Facebook Depression.  It states that many people spend a lot of their time on Facebook and other social network sites comparing their lives to others, and successively getting more and more depressed.  One of my friends recently told me that this is exactly what she does at holiday parties:  watches other people in the perfect lives, all-the-while she is getting more and more depressed because her ass is just a little bigger than someone else’s, or because her job is not as exciting as the next guy’s.  Just after the holiday season, statistical rises in depression and suicide have been reported for decades in the United States – quite obviously for this comparative mode of thinking, as well as general loneliness.  Don’t depress yourself by spending the entire holiday season comparing your miserable life to that of everyone else.  Remember:  what is on the surface is very often not what is inside.  Life sucks.  Life sucks a big, fat snow dick.  Take your chainsaw to the comparisons as well.

For the entire holiday season, I will reserve judgment on the homeless and look at them as people in need, rather than as worthless, alcoholic bums.

The funny thing about people that judge:  they often do it as a way to make themselves feel better about their own insecurities.  This actually applies to all of our mantras, but is particularly important in this final one.  From now until the end of the holiday season, force yourself to reserve all judgment when encountering homeless people in your community.  Rather than assuming they are irresponsible, lazy, alcoholic, or crazy, consider the horrible economy and the hardships people have had to face in recent years.  Have a little charity and at least try and remember that you could one day find yourself in a similar position. 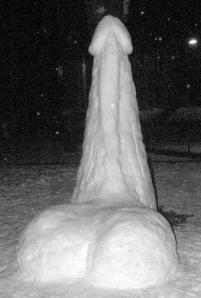 Ultimately, faithful blog followers, the holidays are a miserable time in which many of us dread doing things we don’t want to do.  Set some boundaries, do what you want rather than what you feel obligated to, and remember that life is way too short to deal with some of the crap that always seems to come up every year.

Carl is helping bake cupcakes (actually muffins for breakfast tomorrow). • • • #toddler #momlife #toddlermom #baking #cupcakes #muffins #breakfast #yum
🕷
😻😻😻 • • • #momlife #momofthree #kids #dinnertime
Flowers for myself, and a balloon for my valentine. Except he already released it to the ceiling... • • • #momlife #valentines #happyvalentinesday #toddler #toddlermom
Cooking and baking my way into my children’s hearts, one holiday at a time. • • • #valentinesday #holidays #baking #momlife #momofthree
If you haven’t been to the Seabee Museum in Port Hueneme, you have to check it out. Phenomenal. • • • #usnavy #seabee #history #homeschool #momlife #fieldtripday
😻😻 • • • #momlife #toddlermom #toddler
It’s apparently arts and crafts night over here. Ava is doing an order for a local preschool for slime. Alexis is making herself a t-shirt that says “The Earth is a Globe.” Carl is painting a Valentine’s Day dinosaur craft. • • • #artsandcrafts #crafts #craftnight #kids #momlife
Carl was not expecting this bird to talk back, and then it said hello. • • • #bird #toddler #aviary #cuckatoo #momlife #toddlermom #fieldtrip #homeschool
I have been in a real funk lately. I feel undervalued. Under appreciated. And more than anything, underpaid. (Stay At Home Mom is one of the few jobs anymore that pays in room and board and that’s it.) More than that, this is my second semester back to school and I just don’t know if it’s going to work out. So today Carl and I stayed in pajamas, stayed in his bedroom all day, and I caught up on school work while he played. The girls did their own thing and chores, and we all survived. But did we? Because I honestly feel like just doing nothing like this everyday and THAT would be awful. Let the moms in your life know they are appreciated, you guys. Let them know they are of value, and for God’s sakes put some of their needs AND wants in the budget too. And do it all over and over and over again. Hopefully tomorrow is a better day. • • • #stayathomemom #momlife #funk #inafunk #momofthree #toddler #dayoff #momsdayoff #life #lifelessons #family #parenting
So it came out pretty tasty. • • • #whatsfordinner #chickenstirfry #dinner #radishes #jasminerice #cooking #momlife
Some days you’re on point with a high protein and fiber rich breakfast...some days you have a waffle and a chocolate muffin. • • • #balance #balancedbreakfast #momlife #toddler #toddlermom #toddlermom #kids #breakfast #breakfastofchampions