Therefore, it needs to end now.

I got really into fall at first. I do every year. I got the pumpkins. And the goards and shit. Halloween was a big fucking fiasco of costumes and events and more events and hayrides. I’ve baked tons of pumpkin-flavored things, and will bake more. We’re even hosting a Thanksgiving-themed open house the weekend before Thanksgiving.

But it makes me super homesick too.

I miss the falling leaves that give the time of year the title “fall.” We have some in California, but those aren’t brown and golden and red. They’re green and caused by 90 degree Santa Ana winds, and I’m allergic to them.

I miss the change of the weather. People say “oh … we have a change of weather here.” You don’t say? Because next week it’s projected to be in the mid-80s again and I’ll be sitting inside in the air conditioning as Thanksgiving closes in. Change of seasons?

I miss having my family close by. I have my dad here and my husband’s family, and of course my mom’s trailer trash family; but it isn’t my family. Most of them don’t want much to do with me either. And it isn’t my aunt and uncle that helped my dad raise me after my mom left. It’s not my cousins. It isn’t my vast group of friends that I have always considered to be closer than some of my closest blood relatives. There isn’t that same sense of community I had growing up.

Until it does, and as fall continues on and I continue to feel homesick around every turn of every bend, I hold fast to the things that I have here that I call home.

Pizza is my most staple food item when I get homesick. I don’t want to hear anybody’s crap about how bad that is for me either. A pizza with nothing but cheese (which is how I like it), or even pizza dough with other ingredients (like in the picture above), has less saturated fat and cholesterol on it than some salads. Deli-style sandwiches with nothing but a slice of cheese and loads of lettuce come in at a close second.

Pumpkin pie is also a big homesickness-reliever, which is good because as compared to apple pie, cherry pie, cheesecake, cake, candy, and other desserts, pumpkin pie without the crust is fat free. I can eat bucketfuls of that shit (and believe you me, I do) without all the guilt. 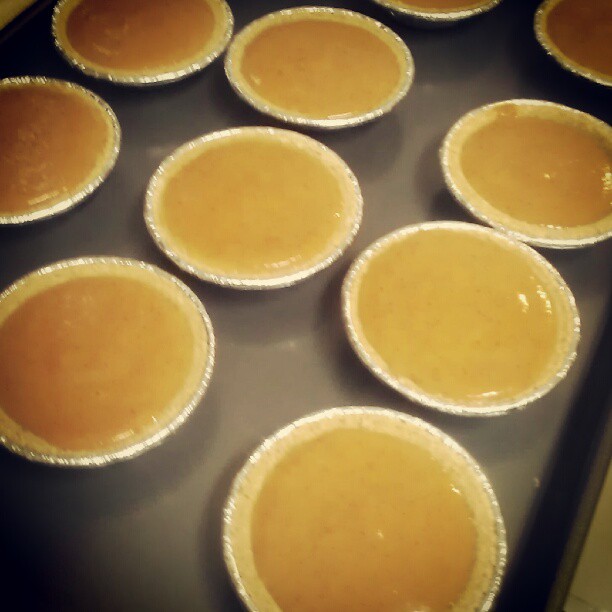 How many cheesy 80s movies are not set in the Midwest, and particularly in Chicago? From Girls Just Wanna’ Have Fun to Ferris Buehler’s Day Off; into the 90s with High Fidelity. I even watch Father of the Bride, parts I and II. The scenery, the weather, the culture I grew up with all makes me feel just a little bit better when I’m feeling homesick. 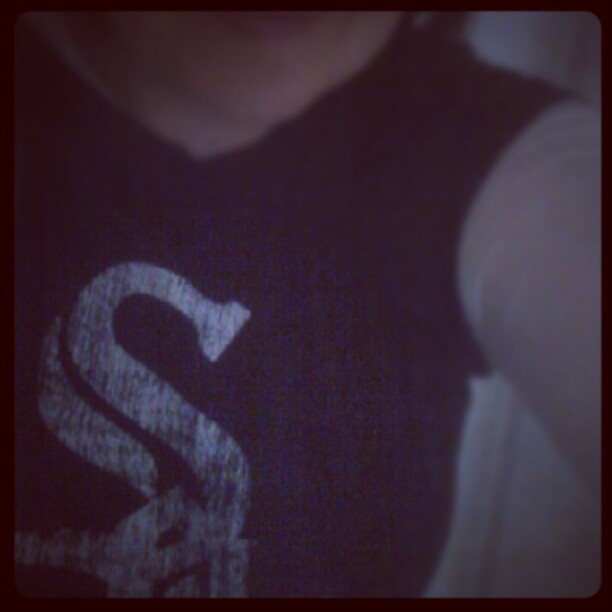 I have enough Chicago team gear to get me through any bout of homesickness. I have a sweatshirt from my high school, two hoodies from the Chicago Bulls, a third hoodie that just says ‘City of Chicago,’ two White Sox t-shirts, two Bears shirts, a Bulls shirt that doesn’t fit, I have a Bulls bumper sticker on my car, two Bulls lanyards I have yet to use, and my computer even has a sticker of Michael Jordan on the back of it.

And I have a story to go with all of it, which I’m sure the people in my immediate life are sick of hearing. But if they’re so sick of hearing it, or sick of hearing about how homesick I am, they can maybe stop being so stubborn and give the Midwest a shot (ahem …..).

Lastly, I participated in this thing called a Fun Fall Swap. Some bloggers that were into the fall stuff (as I was initially) decided to get together, have one person send out “secret swapper” info, and then we all had one month to send out a fall-themed gift.

I got mine a week ago, and while I cannot figure out for the life of me who sent it (, it is nonetheless the best of the swap gifts I have seen so far.

UPDATE: It was Quirky Chrissy … I love her more than I love french toast. If you know me, you know that’s a big deal.

Knowing how in love I am with all-things-Midwest, my secret swapper sent me this awesome reprint of a World’s Fair Chicago poster. I know what you are saying: “how in the hell is that fall?” Well, duh … it says November. That’s more fucking fall than all the hay bail, pumpkin, and brown-colored shit out there.

My fun fall swap could not have come at a better time: when I’m homesick. Sitting on the couch in yoga pants and my Bulls sweatshirt that is beginning to smell a little bit like feet since I won’t stop wearing it; with half-eaten slices of pizza around me and pumpkin pie smeared on my face. As I continue to shovel more pumpkin pie and stare longingly at Michael Jordan on the back of my computer, with 80s movies on Netflix playing on repeat in the background. And every time Sarah Jessica Parker says in the opening scene of ‘Girls Just Wanna’ Have Fun’: “My daydream was always the same – that some day I was gonna’ get to Chicago, because that’s where they make Dance TV,” I mouth the words, bits of deli sandwich falling out of my mouth to mix with my homesick tears.

My fun fall swap arrived just in time to save me from this destitute.

Okay, it didn’t save me from shit. Framed, it now sits next to me on the couch and joins the ranks of things I stare longingly at. But it’s still a good thing. Big, big thanks to whomever my fall swapper was … your pick was perfect.

Now I would love for fall to be over. So then we’ll get through the holidays and holiday time depression can be over, then it will be a new year and who knows what the new year will bring?