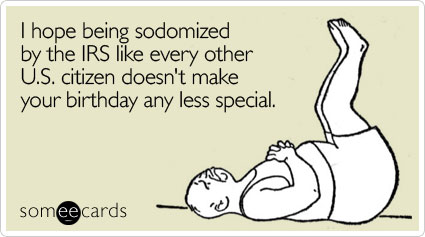 Today is my birthday. I am, at my core, a Tax Baby. I’m not just saying that I was born on American Tax Day; I’m saying I’m high maintenance.

There was a time when my birthday was a day-long party. Either I had a party, like when I was little with clowns and friends and Pizza Hut and bowling and sleepovers. Or the day was an entire celebration of me, like that one time my husband took me wine tasting and it had been a while since I’d had wine, so I got blitzed just a few tastes in and ended up joining a bunch of wineries I had no actual interest in.

(That was last year.)

Now that I’ve fully embraced my mom-ed-ness, and have accepted that I’m over the age of 15, my birthday seems to be just another day. Don’t get me wrong, we still had a cake (which I baked) and a nice dinner over the weekend; I still got presents and I was flabbergasted by the Facebooks, emails, and text messages I had received wishing me the happiest of days.

But in all seriousness, it was just another day. Mom’s got too much shit to do to take a day off.

Woke up to my husband breathing in my face. Annoyed beyond belief (I’ve got some pretty terrifying PMS right now).

“What the hell are you doing?” I quipped.

“Getting ready for work.”

Woke everyone in the house after my husband left for work screaming: “Arise everyone! Today is the day of my becoming!!”

No one arose without the typical mom bullshit of having to pull the covers off, threaten to take away the electronics, and so on. I even had to do this to my 72 year old father.

Showered, dressed, had breakfast, hustled. Decided that I’d have to wear make up today, since I had a doctor’s appointment; but fuck him if he thinks I’m wearing anything but yoga pants on my birthday. Enough is enough.

Morning private tennis lessons. Which means I sat in the car reading my book, sneezing because I’m allergic to everything and made the mistake of opening the windows.

Dropped the dog off at the groomer. Mentioned casually that today was my birthday in hopes this would garner me a discount.

Received my mother’s first annual birthday text, where she turns my birthday into being all about her. She does this by giving me a yearly play-by-play of what was going on around the time she was texting me.

10:15’s text message read: “I had lost my mucous plug and back labor pains had begun.”

Made homemade, Hungarian goulash for lunch while helping with homeschool worksheets. On my birthday. As in I cooked for an hour, slaving over a hot stove on my birthday.

No one ate my homemade, Hungarian goulash. Instead, they complained that my meals are too fancy.

Left for my doctor’s appointment.

Picked up the dog on the way, reminded that I wasn’t given a birthday discount.

Learned that the old man who manned the parking lot at the doctor’s office that dressed like a quaint, African American Santa Claus every year at Christmas time got fired last week for bringing his dog to work. Ducked my dog’s head down as I drove in. The man was replaced by a kid who looked to be about 15 years old, covered in acne, and so skinny I could break him in half with my pinky finger.

Found out I have a sinus infection.

(Wasn’t surprised that I have a sinus infection.)

Waited for the kid to get her allergy shot.

While waiting, a woman walked into the waiting room carrying a can of beer. Briefly considered she may be there to celebrate my birthday, in spite of the fact that I had never met her. Resolved to quietly wonder how someone lives life literally giving not a single shit.

Drove home with a large bag of antibiotics and other miscellaneous sinus drugs. The perfect cocktail for the evening of my birthday.

Text from Mom: “contractions coming closer together now, began asking for and being denied a c-section.”

Everyone in my family was, at this point, starving. Remember? They refused to eat my “fancy” Hungarian goulash.

So we went to Lazy Dog Cafe down the street from my house. Finding nothing certifiably gluten free on the menu, I ordered edamame. My dad ate half of it.

Seated behind me right before we left, a group of people quite obviously a decade or so younger than me were seated. One of the women in the group was also a Tax Baby, and she ordered a strawberry margarita to celebrate her birthday, proclaiming loudly “I’m celebrating tonight woooooooooo!!!!!”

Decided to do my own celebrating tonight. In my pajamas. On my couch. With my Netflix and whatever remains of the wine from those wineries I joined last year but never intended on sticking with.

Text from Mom: “your head had begun descending down the birth canal as the urge to bear down increased.”

And then, I was done.

Today I turned 33. Or 133, who’s counting? I’m too old for clowns, too young to give absolutely no fucks. I’ve embraced the concept of “putting on my face” and would much rather celebrate pretty much everything in my pajamas on my couch.

Tomorrow will be another day, just like the rest. And in truth, I regret nothing about these last 33 years.

Life is a little like getting stuck under the couch cushion, but just going on about your business anyway right now. • • • #wtfamerica #wtf2020
Long day. But the yard and patio are ready for summer, and Carl had fun playing outside while I worked and the girls worked out. • • • #summer #momlife #gardening #momofthree
I have no idea what day or week or month it is anymore, so pumpkin pie it is. • • • #pumpkinpie #dessert #quarantine
Me: “Here’s your dinner bud.” • Carl: “I prefer pancakes and Danimals.” • • • #hegotpancakes #danimals #carl #bigboy #spoiled #toddler #babyofthefamily #momlife #momofthree #toddlermom #toddler
Suburban mid-30s lady here. That’s a velour leopard print hoodie. • • • #momlife #stayathomemom #athome #fashion #ootd #leopard #velour #thefinalphase #nextstopkarencut
Quarantine or not: it’s summer. • • • #staywild #summer #summerdecor #homedecor #summertime #adventureathome
That’s not creepy at all. • • • #handprint #pillow #spooky #ghost #ghosthandprint #silly
The good thing about never knowing what day it is: we can watch Saturday morning cartoons every day. • • • #toddler #toddlermom #kids #momlife #momofthree #selfquarantine #coronavirus #newnormal #stayhomestaysafe
Our animals got some dinosaur friends for mixing and matching body parts. • • • #homeschool #preschool #learnthroughplay #prek #momlife #toddler #toddlermom #momofthree
If you cover your face, people won’t see you scowl at them. • • • #mask #coronavirus #covid19 #health #safety #misanthrope
We’ve had enough toddler shenanigans for one night, but first leaning in for a kiss before a “go the f to sleep drive”... • • • #kids #momlife #toddlermom #momofthree #tweenteentot #gothefucktosleep
Be kind (to yourself, and buy the damn flowers). • • • #flowers #bekind #momlife #flowersformom #flowersforme #selfcare