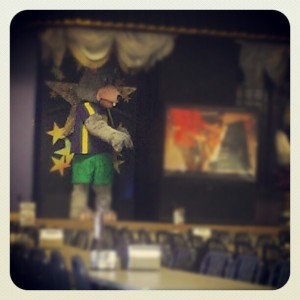 So I was at Chuck E. Cheese today, and as if I wasn’t already getting my daily dose of “hell on Earth” just by being there, a pack of about a dozen young adults came sauntering in, where there was a party table set up for them right in front of the stage with the animatronic characters singing Rock the Casbah.

Being the nosy-ass lady that I am, and bored out of my fucking mind while waiting for the 10 billion tokens I purchased to be used, I investigated a little bit. Of course, this meant I had to make every excuse possible to parade around their party in order to get the scoop. I went to “check out” the ticket explosion machine – which I still am not sure what the fuck the thing does. I walked up to “check out” the characters as they moved on to a clean version of “Whip It.” And when the party-goers disbanded to play games while waiting for their pizza, I even marched over to the Dance Dance Revolution to pretend like I was considering playing.

Here is the scoop that I got, what I like to call: Lessons on Being Cool From the 22 Year Old Verizon Employees At Chuck E Cheese: 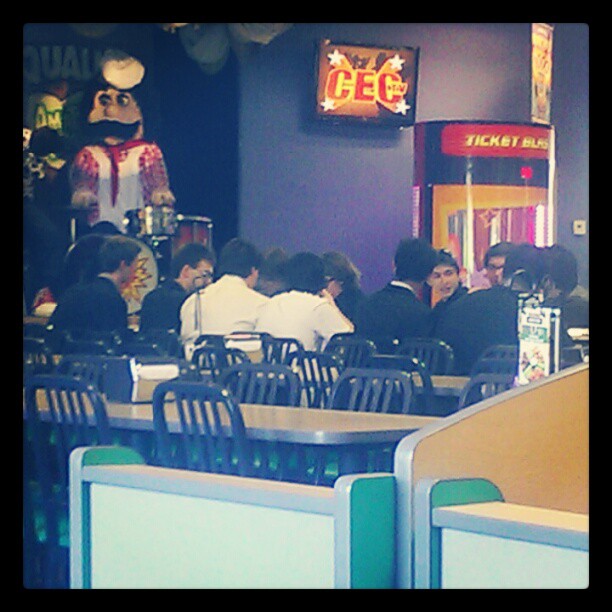 Lesson #1: If you work at a retail store and the company wants to reward you for your increase in sales, the only cool option is: Chuck E Motherfucking Cheese

Lesson #2: Even though it is the day off for all of you, the coolest thing to wear is your Verizon uniform. For the majority of you, it’s a suit and tie. Many of you wore your Verizon shirt with the logo and all. Some of you added some flair, like your Crips bandana hanging out your back pocket. If wearing a tie, a real cool guy will wear your tie and flip it up over your shoulder. That makes you look at ease.

If you are the only girl in the group, dress like a ho. You never know, one of your coworkers might bang you in the balls.

Lesson #3: The coolest guy at the table, with the most knowledge of this high class establishment, will wear his sunglasses inside. He will keep them on the entire time. The entire time – not even to be removed for games or pizza. He is clearly the coolest of the bunch – follow his lead.

Lesson #4: When the Chuck E. Cheese character comes to the table and starts trying to give you all high fives, make sure you all snap photos to put on your Facebook pages. You are extra cool if you stand behind Chuck E while one of your friends has his photograph taken with the human-sized rat, and dry hump the air.

Lesson #5: If a woman walks by you while you are shredding on Guitar Hero, quickly wipe the sweat off your brow and make sure you turn to her and say “yeah … a bunch of 22 year olds playing Guitar Hero at Chuck E Cheese. I know lame.” Acknowledge your lameness, because irony is in and she might think you are being ironic, thus cool.

Lesson #6: When it is announced over the intercom that your pizza is ready, run to the table. Cool people don’t walk. Cool people do not fucking saunter. Cool people run like they haven’t eaten is years. If you do not run, you may destroy the facade that you are a starving intellectual who lives off pizza and beer and the occasional package of Top Ramen; versus the truth, which is that your mommy made you a nice and wholesome breakfast of french toast and eggs while you changed out of your Spiderman jammie-jams this morning.

Lesson #7: Your Verizon store manager was kind enough to include 20 tokens per employee for this venture – it isn’t just pizza and pictures with Chuck E. A cool person will make sure that he gets his/her 20 tokens under any and all circumstances, even if it means standing up and yelling for everyone to run back to the table because you counted yours and there are only 18.

We left before these numb nuts 22 year old Verizon employees had finished their little party. As we left, I noticed that while they were all off playing video games and taking photos of themselves dry humping the characters placed in miscellaneous places around the restaurant, the Lone Ho had placed certificates of achievement at each of their place settings and a cake in the shape of a pirate ship with a Chuck E Cheese at the mast was being brought to the table.

That – by far – was the most ridiculous thing I have seen in a long time. And you faithful blog followers know I have seen a lot. As we left I looked at my phone and thought to myself “fucking shit, I’m glad I stuck with Sprint.”