Before you dads out there get all your tails wadded up inside your assholes over how much I’m emasculating you, let me be clear: there are some things that dad does know best on, although it’s the long answer and I’m not sure you want me to ramble on about it. Dad usually knows best about bar-b-queing, probably because he has no fear of fire-related death. Some dads know best about cooking; I can name quite a few friends whose husbands are amazing in the kitchen. Dad also traditionally knows best about bringing home the bacon, so to speak – at least in our house that is the case. Lastly, I will concede that Dad knows best about tools, unless of course he is one and that is an entirely different blog post altogether. Beyond that, it’s a little more complicated and drawn out. Like I said, ramble.

There are a lot of things that the short answer (NO!) fits better with. And while this may be generalizing a little, in my experience it stands pretty true for the majority of the men I know.

Dad does not know best on matters of housecleaning.

So you’re a dad and you pitch in your fair share to keep the house pretty clean. You throw on a frilly apron once in a while and prance around with a feather-duster. You pick up on occasion, toys and books and things laying around the floor. You help fold some laundry once in a while.

For some reason, a lot of men seem to think that this is all there is to cleaning. Last night my husband said he would be totally willing to help clean the house when it needs to be cleaned – once a month.

Once a month you say?

If any of you faithful blog followers have let your home with kids in it go for more than even a week at times without being cleaned, you know why the words “once a month” are probably the most ridiculous words ever spoken in the history of talking. I wish the house could go for a full month without having to be dusted, mopped, scrubbed, wiped down, disinfected, vacuumed, and otherwise cleansed of the disgusting mess that is daily life with kids.

To be fair, I’m sure a lot of guys don’t realize that when a woman becomes a mother, some of the things she previously overlooked would no longer be “cool.” Recently my husband and I got into a huge argument about a book (I know, stupid to get into an argument that can be called “huge” over something as little as a book) all about sex. The word “fuck” was on the cover, so I thought it was totally inappropriate to be out there – in the open – for little eyes to see. My husband thought it was no big deal and called me a “prude,” which ushered in the huge argument. 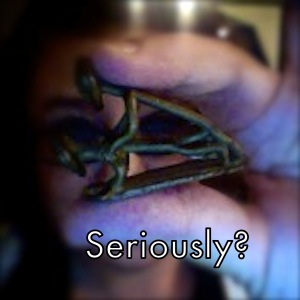 Sometimes it isn’t just about being a mother or wanting to avoid little eyes from seeing things, though, but really just a matter of respect for a woman’s feelings. For years, I overlooked this little figurine of someone taking it up the behind that my husband had for reasons I still do not know. For years, I said in the back of my mind “boys will be boys” until Pookie saw it and asked what those people were doing. It wasn’t Pookie seeing it that upset me, though (I told her “playing leapfrog”); what upset me was that my husband never considered that something like that might offend me – a woman. Not a roommate. Not another dude. A woman.

Dad does not know best on matters of personal hygiene

Ever woken up in the middle of the night because your husband ate way too much broccoli and beans for dinner and you’ve been dreaming of a loud tuba concert, only to be woken by the grande finale of the song which turned out to be loud, tuba-like sounds in your own room?

Ever been laying in bed and thought you might suffocate because the smell of rotten feet was so overpowering in every crevice of the house and it was just so late for you  to go anywhere for escape but under the covers, where you were then confronted with those feet sticking right in your face? 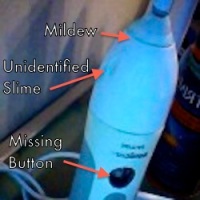 To make matters worse, it sometimes seems like Dad doesn’t know best on when to replace things. I keep trying to explain to Poor Nick that if only he would replace his tooth brush, his teeth and mouth might not be so nasty in the morning. If only he’d buy a new pair of cheap sandals – rather than wearing the same ones for over seven years that literally fall apart on his feet every time he wears them; maybe if he would just fork over the ten bucks and buy new ones, his feet wouldn’t be so rancid all the time.

Between the the rotten feet, the urine on the side of the toilet, the belching in your face, and the gas at the most inopportune times, Dad does not know best on matters of personal hygiene.

Dad does not know best on matters of interior decorating

When I met my husband, he was living in a condominium shared with his brother and two other roommates. They had sort of a mute, hodgepodge of decoration in the place. Really everyone used it as a place to sleep and that was about it. When we moved in together, I therefore inherited a world of wonderful goods he had just been waiting to put out for all to see. There was a fucking Lord of the Rings goblet placed on the TV stand when I came home one day. The treasures of course were really worthy of nowhere but the garbage dump. Besides the goblet and that anal sex figurine there was a rusted African figure, an entire bookcase full of out-of-date AAA travel books; there were guitars that are never played, two bins full of miscellaneous wires that “may one day come in handy;” and, a whole host of other gems.

Recently, I realized that my husband really is eligible to be on A&E’s Hoarders. He keeps things just because they may one day be useful. I used to be like this (a little), but as the years go on I’m getting more and more frustrated with keeping around a bunch of tacky crap just for the sake of having to clean it.

Case in point: in the last three or four years, my husband has played those guitars once. They are merely matters of decoration now. 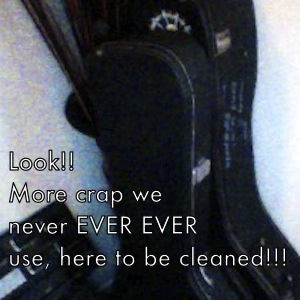 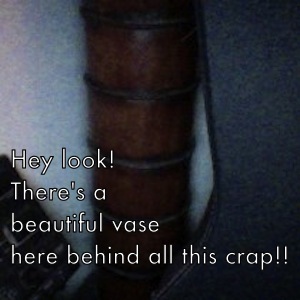 I was talking about this last night, because it would feel so much better in our apartment if it always wasn’t so cluttered. At one point in the discussion, he referred to those guitars and the amp and all its cluttering accessories as “part of the decoration.” Odd, I didn’t know a beautiful vase with faux branches in it came with two ugly guitar cases, an amp, and a bunch of wires!

Dad does not know best on matters of interior decorating.

As I said, there are a lot of things that Dad knows best on. Maybe we could add a few things to the long answer: sometimes list, like playing catch with the kids, teaching a little boy how to pee standing up, and so on. But then it gets complicated and the answer gets long again, for example in the case of the peeing dad who obviously doesn’t really know best because if he did then why would generation after generation after motherfucking generation of men continue to have such a problem with aim? If only Dad really did know best on the matters of peeing standing up the whole personal hygiene thing might be a little better.

The bottom line, really, is that when push comes to shove – unless we’re talking about a bar-b-que or a game of catch or using a screwdriver, just assume the short answer. So who knows best then? Well, the answer is obvious: Mom knows best. Always. 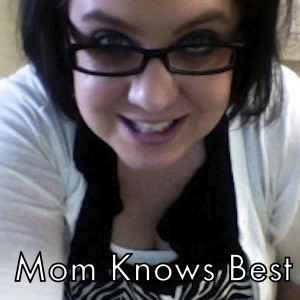